The Christchurch Arts Centre's historic Great Hall is reopening to the public for the first time since it suffered severe quake damage over five years ago.

The Great Hall is a key building within the Arts Centre, which is undergoing a $290 million restoration.

The centre covers a block of land in central Christchurch, and is made up of 23 heritage buildings, many of which are stone buildings in the Gothic Revival style.

The centre was formerly the site for Canterbury University and Christchurch Boys' High School.

The Great Hall was built in 1882 and features a spectacular memorial window dedicated to former students who died in World War I. 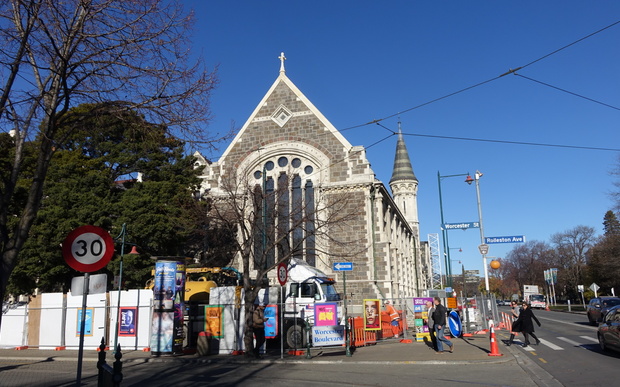 The Great Hall on the corner of Worcester Street and Rolleston Ave in central Christchurch. Photo: RNZ / Rachel Graham

Arts Centre chief executive Andre Lovatt said the Great Hall was the heart and soul of the centre, and the most significant building from a heritage perspective.

It was also the first building to have restoration work start on it - four and a half years ago.

"So for all of us to get to the point where we have protected the building, saved it, and now have the opportunity to see people coming back to enjoy it - it is a massive day for us."

The building had been comprehensively rebuilt from the inside, with a new structure incorporated within the fabric of the building in a way that could not be seen, to protect its heritage value, he said.

A lot of the decorative features made of Oamaru stone had to be repaired, and the timber panelling along the walls and roof had to be refurbished, Mr Lovatt said.

There was also a new timber floor throughout, and new technology introduced to make sure the space was warmer and better lit. 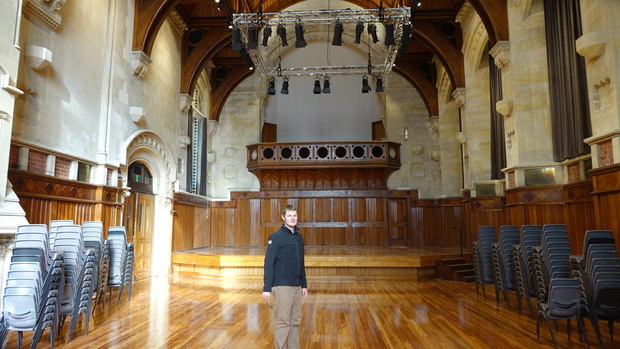 He said, as well as the repairs, the building also had to be brought up to modern standards so people would feel safe again when they were using the building.

"It is absolutely paramount to us as this is a place for our whole community, that we can be satisfied that people can come back and do what they need to have fun and use these buildings in a safe and good way."

Canterbury Heritage Awards Trust chair Anna Crighton said many people had been eagerly waiting for the Great Hall to reopen.

It had been a massive project, which had been done to the best international museological practice, she said.

"The (Arts Centre) board and project manager have ensured that what they have done with the strengthening and restoration is absolutely the latest and best practise way of doing it.

"I think when people they walk in here they are just going to gasp, because it is absolutely beautiful." 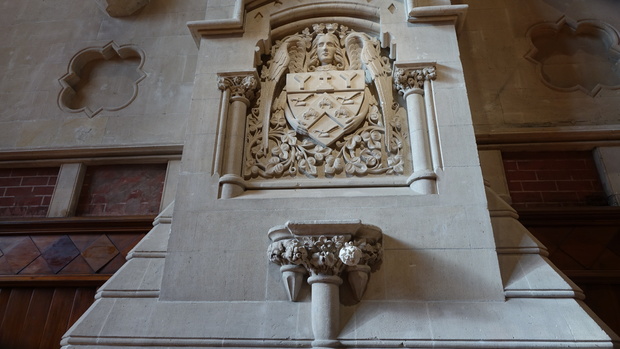 A number of decorative features made of Oamaru stone had to be repaired and replaced. The new work can be seen with a lighter colouring. Photo: RNZ / Rachel Graham

Mr Lovatt said the hall would be open to the public on a regular basis, with 50 events already scheduled between now and the end of the year.

He said the other restoration work on the Arts Centre was also progressing well, with four more buildings and the north and south quadrangles due to reopen by the end of the year. 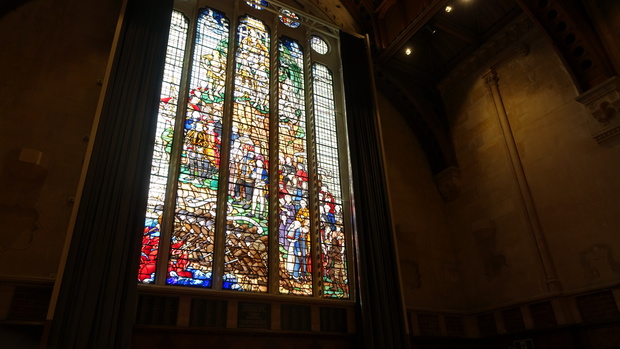 The memorial window, dedicated to former students who died in WWI, had to be removed, repaired and strengthened before taking pride of place in the hall again. Photo: RNZ / Rachel Graham