The repair of Christchurch's earthquake damaged Arts Centre has revealed details that have been hidden from view for 40 years. 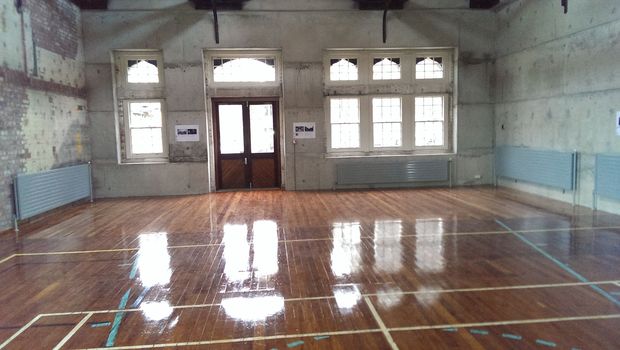 The restored arts centre gymnasium, which was formerly part of university and is now home to the Free Theatre. Photo: RNZ / Conan Young

Part of the Arts Centre that used to serve as a gymnasium will re-open its doors from Monday as the venue for the Free Theatre group, as part of the $290 million restoration of the complex.

The building was most recently a cinema but has been stripped back to its original guise as a gymnasium, built in 1908 for Christchurch Boys' High and the university.

Arts Centre chief executive Andre Lovatt said returning it to its former glory, including the original markings on the gym floor previously hidden under carpet, had been important in a city which had lost so much of its history.

"Last week, I had a group of women who played hocked in this space, and they were really quite emotional about seeing this space and seeing the way in which we've restored it back to the way they remember it," Mr Lovatt said.

The restoration also revealed colonnades and the outline of a swimming pool built in the 1880s.

The first performance at the re-opened building will be Franz Kafka's Amerika, in October. 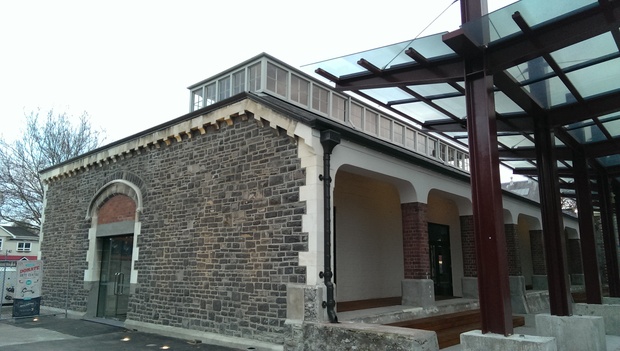