The Christchurch Arts Centre is counting the cost of the recent discovery of asbestos in one of its buildings. 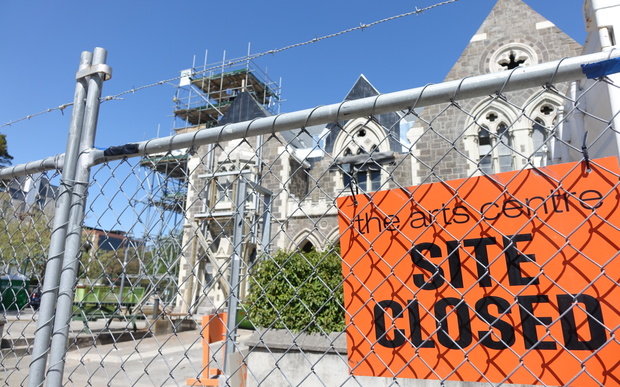 Asbestos has been discovered in the old Christchurch Boys' High School, which is now part of the Christchurch Arts Centre. Photo: RNZ / Conan Young

The collection of historical buildings that used to serve as the city's university is undergoing a massive $290 million repair job.

The asbestos was found in six rooms in the building that used to serve as the original Christchurch Boys High School.

Arts Centre chief executive Andre Lovatt said some workers may have been exposed to the material, which was in a thin layer of plaster on the walls, when blackboards were removed in the 1960s.

"That work that was being done was not really in the location where some of this material was but the main contractor had been involved in cutting strips into the walls, which creates dust, and so there's definitely potential for it to have been asbestos-containing material."

Mr Lovatt said the impact of exposure to asbestos is not seen until many years later and the matter was being treated seriously. 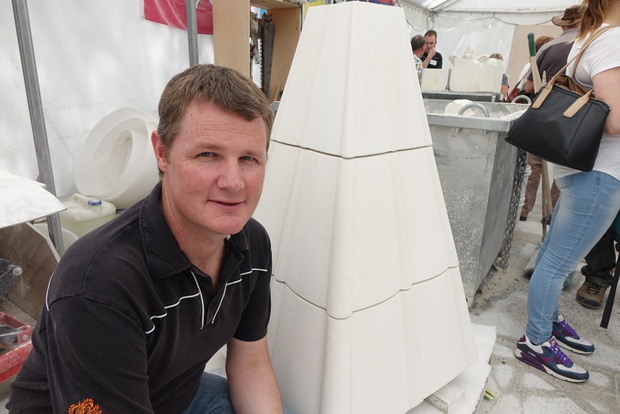 Decontaminating the building will add a six-figure sum to the overall cost of the project and put it up to eight weeks behind schedule, he said.

"We're trying to upgrade and modernise the Arts Centre in so many other ways and so it does have an implication on our restoration programme but it's important we don't leave a legacy downstream."

The restoration of the buildings is due to reach the halfway mark in March 2016, at which point tenants including Canterbury University will start moving in.

Jude Gibson, an actor at the Court Theatre, one of the Arts Centre's most well-known tenants before the earthquakes, attended a recent open day for the repair project.

"It was the most amazing building to be around and to work in and to have lunch nearby and it was a real privilege coming to work - so I was absolutely gutted by the earthquake and the damage."

Another Court Theatre actor, Tim Bartlett, said he could not wait to see the buildings back up and running as a centre for the arts.

"There was all of the performance spaces and the restaurants and the bars and it was a real swirling hub of pleasant activity in the evenings - and to see it finally, the light's come on again." 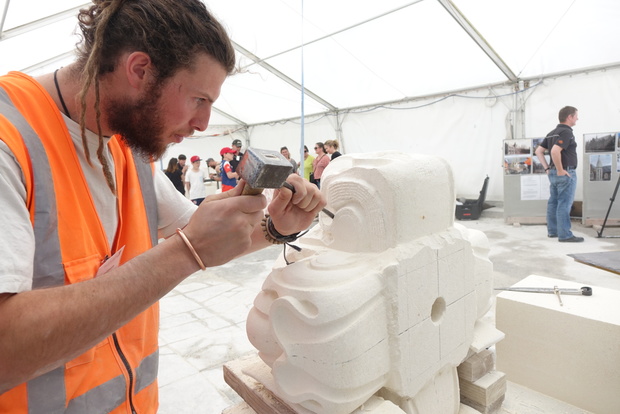 One of the stonemasons brought over from the northern hemisphere to work on the project, Tristan Delpouve, was kept busy showing off his skills as part of the open day.

"It's good to leave a legacy of yourself somewhere," he said. "Maybe if I come back one day with my kids I can say look, I did that when I was young."

His work was not just about replicating the buildings' original decorations, he said.

"Some you can analyse what they did and say 'that's a mistake, I'm going to do it differently' or you could just copy it because it's just amazing."

Buildings due to open by March include the Great Hall, the clock tower and the old Boys' High rooms.