A 25-year-old climber who died after falling on Mt Taranaki in Egmont National Park was prepared for the alpine conditions he faced, police say. 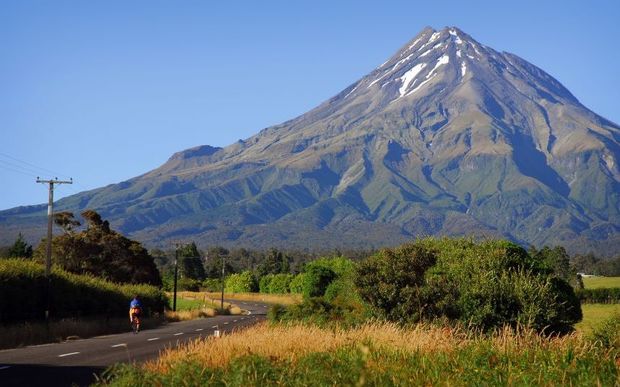 Taranaki area commander Inspector Keith Borrell said the man fell while climbing with another man near Shark's Tooth, close to the mountain's summit.

The fatality was the third rescue helicopter call-out to the mountain in the last five days.

Mr Borrell said that, unlike two other recent rescues, the man who died appeared to have been an experienced climber.

"I want to make a distinction between what has happened in this latest incident, because the people involved in this incident were prepared to climb the mountain, had the correct equipment and it looks like they were experienced.

"Whereas we've had two groups earlier in the weekend - one on Friday night and one first [thing] this morning that did climb the mountain ill-equipped and in clothing that was inappropriate for alpine conditions and without equipment for those conditions."

In the latest incident, a female climber saw the 25-year-old fall and alerted emergency services at 10.50am.

A rescue helicopter was deployed and a paramedic was winched down to the fallen man at 12.45pm, but he was already dead.

Senior Sergeant Bruce Irvine said the body was flown off the mountain by the Taranaki Community Rescue Helicopter.

The climber's companion was driven to Taranaki Base Hospital about 1.15pm after being picked up by an ambulance at the North Egmont Visitor Centre.

There were few details about what caused the accident, Mr Irvine said.

"It's just that time of the year. The weather is good but there is snow and ice on the hill, and you know, we've still got people up there but it's a lot more dangerous than it was a month ago."

Taranaki Community Rescue Helicopter pilot Andy Cronin said he was unable to comment until the helicopter had returned to retrieve the remaining search and rescue team members off the mountain.

In the unrelated call-out earlier today, the rescue helicopter winched two climbers off Mt Taranaki, after one of them fell about 200m and injured their leg.

Last Friday, three students were rescued as they tried to climb to Fanthom's Peak Hut.

Mr Borrell said the fine weather over the weekend had attracted visitors to the mountain and kept emergency services busy.

"I guess our message is enjoy the mountain because it's a beautiful national park. To get out there and do your recreational activities but just make sure that you are equipped correctly, have the correct clothing and, if you are going into alpine conditions, that you have the knowledge and experience to do so."

The name of the dead climber would be released once his next of kin had been notified, Mr Borrell said.