An Australian climber who got lost while trekking on Mt Taranaki has been rescued. 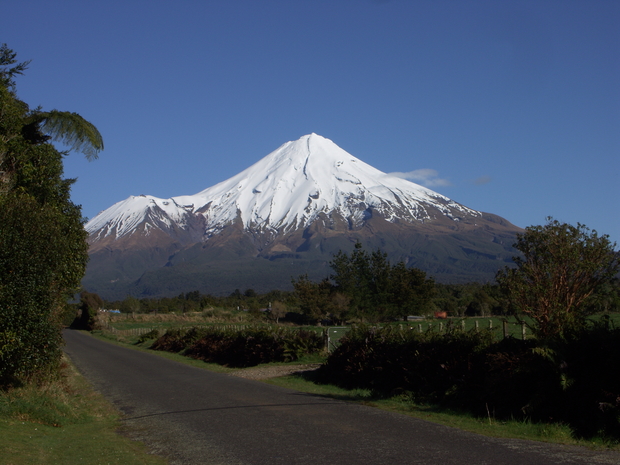 The climber got lost in a rugged gorge. Photo: Andy Reisinger

Police said the 22-year-old yesterday made a solo attempt to climb to the summit, but decided to turn back near the feature called the "lizard".

He descended in thick cloud and became lost in a rugged gorge where he also injured one of his legs on rocks.

The man phoned for help at 4pm and police said he was found at 9.45pm.

Teams from the Taranaki Alpine Cliff Rescue Team and Police Search and Rescue brought him down from 1650m in an operation that took four and a half hours.

The rescue was hampered by rugged alpine terrain, thick cloud, rain and darkness. The low visibility prevented the use of the Taranaki Rescue Helicopter.

The man was taken to Taranaki Base Hospital by ambulance for treatment to his leg injuries and mild hypothermia.