The search for a climber missing on Aoraki-Mt Cook is now a recovery mission, police say. 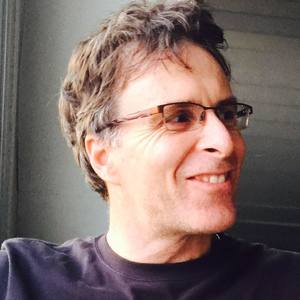 Bad weather has hampered attempts to find Stephen Dowall, who has been missing since Thursday.

There was no sign of the 52-year-old when a helicopter flew over his last known location today.

Mid-south Canterbury area commander Dave Gaskin said it was likely he fell into a crevasse after he was last seen.

"If he hadn't made himself known to us we have got to expect that the worse case scenario has actually occurred.

"We were in the area for a significant amount of time and if he was in a snow cave or in shelter and could have possibly have gotten out he would have done so and would have made himself known to the helicopter."

Expert medical advice was that there was only a very slim chance of survival in the heavy snow.

The search would be on hold for the next couple of days until ice has melted away and the weather improves.

Strong winds and rain at Mt Cook village and heavy snow in the upper reaches of the national park have hampered search efforts, but the weather cleared this morning, allowing search teams to canvas the area.

Mr Dowall, who works for the United Nations in Myanmar, was last seen by his climbing friend Rob Hawes on Thursday afternoon.

The pair planned to travel from Mt Cook village to the Empress Hut on the Hooker Glacier but became separated.

"The area he went missing, there's some rather large crevasses and there's also a bit of avalanche debris which has come off in the last few days. It's not a big area to search, it's just it's pretty extreme."

Mr Dowall was an experienced climber who would be able to cope with difficult conditions better than most.

Members of Mr Dowell's family were gathering at his parents' South Canterbury home.

His mother Anne said wife Sovann was with the family in Pleasant Point, near Timaru, and the family was arranging for his two daughters and son to fly down from the North Island.

"We've got to keep on being hopeful, we don't have any choice," she said. "We're trying to make sure all the family is gathering … we've got a lot on our minds."