Residents of a Taranaki beach settlement fear their homes will be swept into the sea unless something is done about storm surges and erosion. 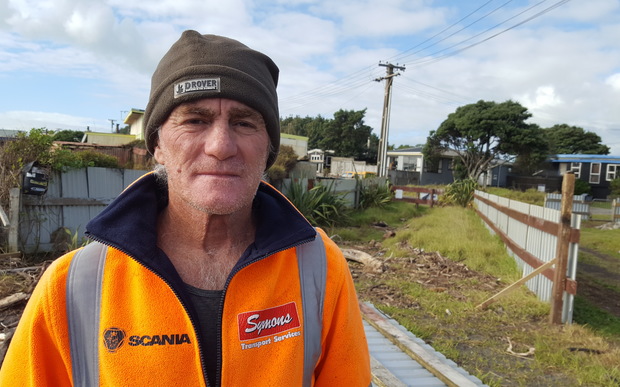 Locals at East Beach in Waitara say they can't sleep during storms and fear for their elderly neighbours.

One resident, Tim Papuni, said huge logs and boulders knocked down fences and sections were flooded when the most recent storm hit.

"It was like two foot, three foot of water in the front yard with monster boulders and like 300kg to 400kg pieces of wood just went through the fences like a twig."

Mr Papuni did not fear for his own safety because he lived on an elevated plot but he was worried about others in the Rohotu Block, which is Māori freehold land.

"I went along that night and made sure all the old people were all right. One neighbour was staunch to the end. She was saying 'well, I won't go to sleep yet, I'll wait for the turn of the tide and it starts dropping away before I go to bed'."

A council-built seawall on the Waitara River seemed to make things worse by funnelling storm surges in front of houses, he said. 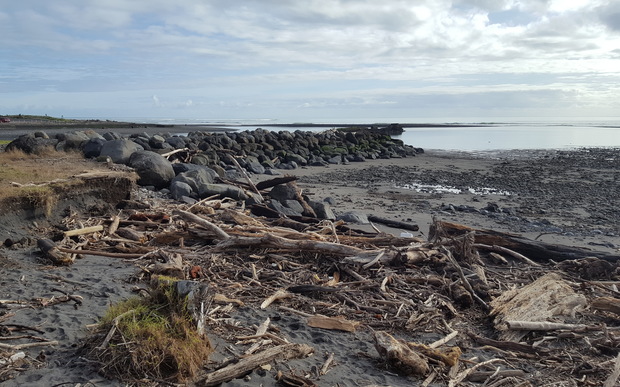 "It comes in here on a circle, picks up the sand here and moves in around in a circle and washes it out that way (in front of the homes) and it never used to."

Mr Papuni said he would like a rock wall built in front of the homes to protect them from the sea.

Waitokurangi Tito, who has lived at East Beach for more than 10 years, said it was a frightening place to be during heavy storms.

"It's very scary, especially when there's water coming through the gate and the logs are all piled up on the other side of the fence. It's very very scary."

She found it hard to sleep during storms. 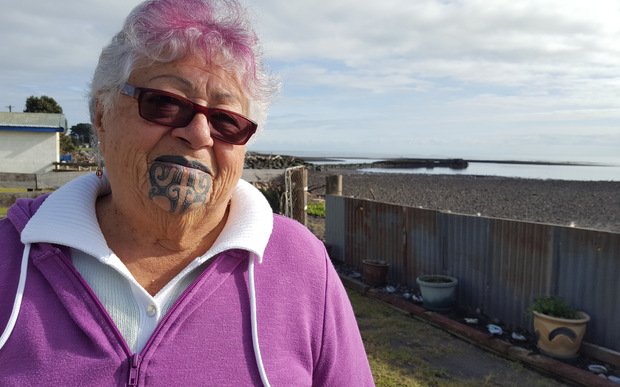 Waitokurangi Tito says a new seawall is needed, or she'll have to leave her home. Photo: RNZ / Robin Martin

"Not at all. Not when you hear the roar of the sea and you wonder if it is going to hit the walls and it has further down from us - the sea has hit up against the walls of a house."

The 84-year-old wanted a wall built before she was forced out of her home.

Mr Hodgetts said the council had conducted a survey to find out if the half-tide wall it built to manage the Waitara River bar was affecting East Beach residents.

"The results of the survey were inconclusive and we've commissioned an expert opinion from a coastal scientist to determine whether or not the wall has had any impact on the Rohotu Block."

The report is due to be complete in about a month.

If it finds the seawall is not responsible for erosion, East Beach cannot expect much help from council because its policy is to only protect significant public assets from erosion.

"Māori freehold land is the same as private land holdings and council's policy at the moment is only to protect strategic and significant assets, and it's (the Rohotu Block) not considered to be one in that sense because it's not a public asset, it's freehold private land."

Waitara community board member Trevor Dodunski said that position was not straightforward as it was iwi land, not private land in the traditional sense. 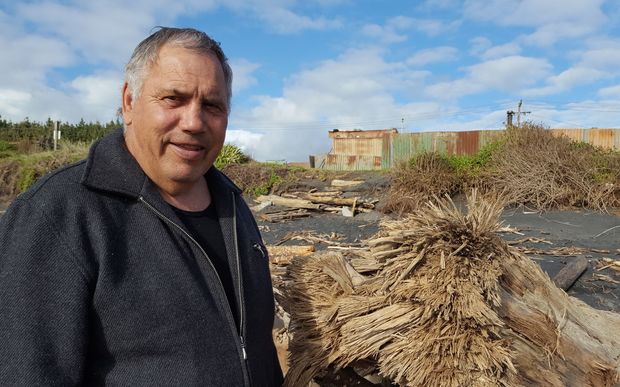 "They (council) are the ones who took the metal and big boulders off here in the first place. If you go back in history they took all the big metal out of here to build the road to Mokau so who's at fault here? The residents, I don't think so."

Mr Dodunski said he had warned the council the half-tide wall would direct water at the homes.

"I told them straight away when I saw they were putting a wall in at an angle that the water will run along the wall and head into this corner here towards the baches.

"Nobody ever took any notice of us and just shrugged their shoulders like we didn't know what we were talking about."

The time for talking was gone and something needed to be done, he said. 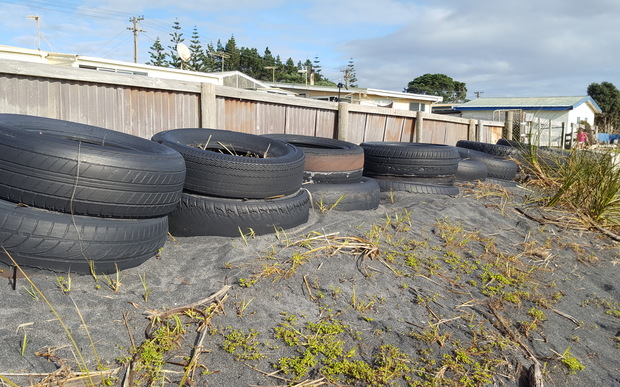 Tyres are being used as a make-shift seawall at East Beach. Photo: RNZ / Robin Martin