Prime Minister John Key is "comfortable" with a $100,000 donation to Wakatipu High School in return for the Overseas Investment Office's approval of a land sale, he says. 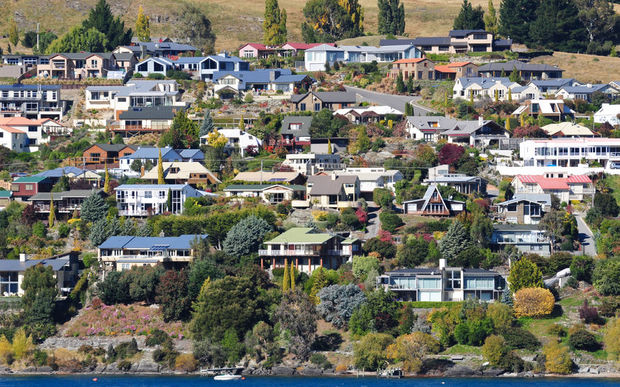 A Singaporean mother and son made the $100,000 donation to a local high school as part of a deal to buy sensitive land near Queenstown.

The Overseas Investment Office (OIO) gave approval in January to David Chuang and Lim Mee Len to buy the 19ha property for $2.7 million.

As part of the approval, they donated $100,000 to the decile-10 Wakatipu High School Foundation to buy iPads and laptops.

The pair bought the Arrowtown land under the name Glenorchy Homestead Limited.

The office said the family planned to use it as a home when they visited New Zealand.

This afternoon John Key said he saw no problem with the donation.

"Since 2009 there's been 16 cases where someone going through the OIO process has undertaken some sort of community-type project. It's no bad thing that they can do that - it's a contribution to the community that they're effectively investing in."

The previous Labour government had granted approval for Canadian singer Shania Twain to buy a large station near Lake Wakatipu in return for some of it being opened up as a walking track, he said.

The family's Queenstown lawyer Elliot Goldman, who was also a director of Glenorchy Homestead, said offering to make the donation was the centrepiece of the application.

"The OIO can only approve an application for various reasons, one of them is if the investment planned is going to result in tangible benefits to New Zealand.

"So if you have established that the investment is going to result in benefits to New Zealand, which clearly this one is, that's a reason for the OIO granting consent."

Mr Goldman, who has handled many OIO applications, said making donations to a local cause was not unusual.

"It is one of the factors that you can meet as an applicant for applying for overseas investment office consent."

He said his clients looked at several options within the Wakatipu district and they liked the sound of Wakatipu High School as one to support because of the decile status of the school.

"To a large extent Wakatipu High School relies on donations such as this to implement various learning programmes. In this case the one that that fund is going to support is the tablet computing programme that this school is implementing."

"There's only one high school in the Wakatipu and although its a decile-10 the decile system is a pretty poor indicator of need and I gather the government is looking to address that.

"But with high housing costs and low average wages in the hospitality and tourism sector, we certainly have quite a number of parties that have high needs in funding requirements."

The donation was the school's first from a wealthy overseas investor, he said.

Labour's education spokesperson Chris Hipkins said schools should be sufficiently funded and not have to rely on donations.

"I think this idea that, you know, in exchange for a donation to a school you can buy sensitive land that you might not otherwise be able to buy, I think most New Zealanders would be pretty disappointed by that because they would see that schooling is something that the government should be funding, not people who are buying up land from offshore.

David Chuang and Lim Mee Len are the son and wife of one of Singapore's richest men, John Chuang, best known as the founder of chocolate maker Petra Foods.