About 400 frustrated Canterbury homeowners are expected to pack out a public meeting tonight, to discuss how a recent Earthquake Commission (EQC) settlement will affect them. 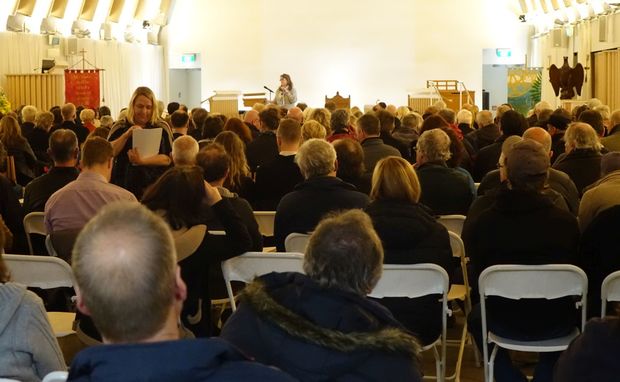 Last month the EQC Action Group, made up of 98 homeowners, agreed to a settlement, with the commission clarifying its obligations under the EQC Act.

The settlement means EQC must now repair quake-damaged houses to 'when new' and not 'pre-earthquake' condition.

The Canterbury Claimants Group, formed to organise public meetings to discuss earthquake insurance claimant issues, has organised tonight's meeting at the Transitional Cathedral to inform homeowners of their rights and how the settlement could effect them.

Group spokeswoman Melanie Tobeck-Bourke, who is still battling her insurer over repair standards, said interest in the meeting had been high.

"There has been a lot of debating back and forwards so what this settlement has done has confirmed to homeowners their view point was correct.

"The settlement has given people confidence to go back and look at their settlements and their repairs and ask themselves are they up to 'as new' standard," Ms Tobeck-Bourke said.

"It's an issue that will go on for years, EQC and our elected members of parliament have failed to engage with the community, so we are not shocked that our invitation for EQC to come to the meeting has been declined.

"If EQC came along they would hear the same thing they've been hearing all along but we want them to show up and listen and to show to these homeowners that they are listening," Ms Tobeck- Bourke said.

Ian Simpson said the commission was happy to provide some information which may help people understand its approach to settling claims.

"Our focus is to settle the claims of our remaining customers and EQC's preferred approach is to deal directly with each individual customer and the issues that they may have," Mr Simpson said.

The group holds public meetings about every six months.

The meeting at the Transitional Cathedral starts at 7pm.