Police have seized drugs, ammunition and hundreds of thousands of dollars of cash in a major investigation into organised crime in Auckland. 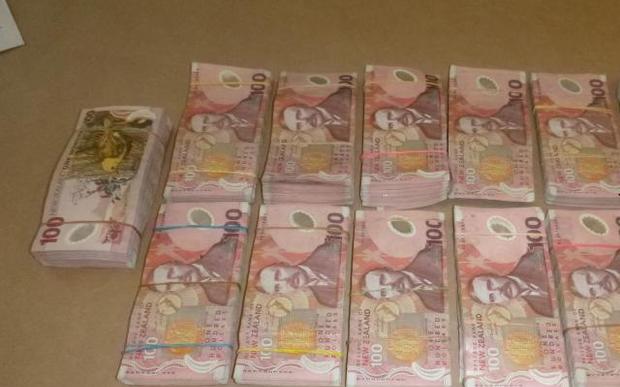 One person was found with almost $400,000 cash, during a police raid. Photo: SUPPLIED / NZ Police

Tens of thousands of dollars worth of methamphetamine and other illegal drugs were seized in the operation.

Officers also seized electronic goods, believed to be stolen, and ammunition for a variety of firearms.

Eleven people were arrested, accused of drug and property offences. Four have been charged with possession of methamphetamine for supply, and all have been remanded in custody.

Detective Inspector Kevin Hooper said organised crime and drugs were a driver of crime and caused social and financial harm to communities.

"It's satisfying when we can help remove harm from the streets."