Ngāi Tahu has marked reaching the end of the first stage of its $85 million King Edward Barracks development, with a concrete pour to complete the top floor.

The development includes two office buildings and a car parking building, together with a central garden area and is on track to be completed by February 2017.

It sits on the site of the Christchurch Central Police Station which was imploded 11 months ago. 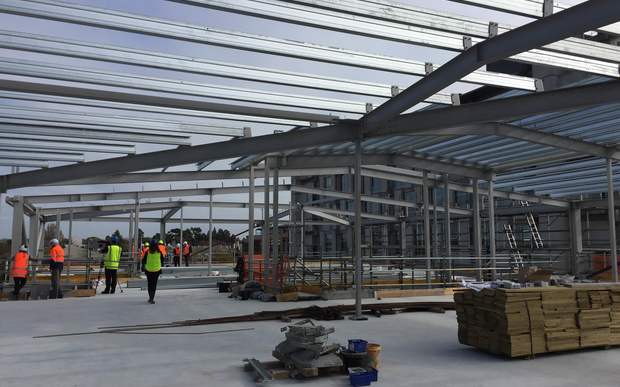 Mr Kennedy said that both Ngāi Tahu Property and Hawkins were extremely proud of the speed at which they have been able to advance the building within the first stage of the project.

A huge amount of rubble and debris had to be removed after the implosion and construction of foundations only started in September last year, Mr Kennedy said.

"In that context, reaching the top of the building in early May is very significant.''

Leasing was progressing well, with 78 percent of the five-storey building already leased by three government tenants - the Ministry of Education, Housing New Zealand and the Ministry of Health, along with Vero Insurance.

"Once the entire development is completed it will be a genuine landmark project in the city.

"All these new buildings will bring thousands of people back into the central city and radically change the vibrancy of the central business district."

"We work closely together with the He Toki ki te Rika Māori pre-trade training programme and it has been wonderful to again have the opportunity to extend that solid relationship to such a significant project.''