Evidence from one of two teenagers accused of murder does not match up with the injuries a man suffered, the prosecution says. 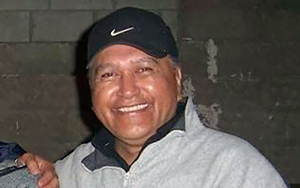 Prosecutors have been closing their case in Auckland against Leonard Nattrass-Bergquist and Beauen Wallace-Loretz in Auckland.

Crown prosecutor David Johnstone said in his closing that Mr Gillman-Harris had expected consensual sex in a motel room in Epsom.

"Mr Nattrass-Bergquist and Mr Wallace-Loretz were aware of what Mr Gillman-Harris wanted and that he had money to pay for it," he said.

"And those aspects actually explain why it is they planned to and then did seriously assault and rob him."

There were at least four impacts to Mr Gillman-Harris' head that caused skull fractures, Mr Johnstone said, however Mr Gillman-Harris would have been overcome after being hit the first time or the second.

"There could not have been the physical assault that Mr Nattrass-Bergquist describes, because Mr Gillman-Harris was not injured in a way that's consistent with the assault, instead there was an assault largely in line with the plan."

"The plan which, as the text [message] indicated, would be 'hard-out' and leave Mr Gillman-Harris, at the very least, in hospital."

Mr Johnstone said there was no evidence Mr Gillman-Harris had done anything violent in their encounter in an Epsom motel room, and therefore there was no justification for the force used in the attack.

But the lawyer for Mr Nattrass-Bergquist, Murray Gibson, said Mr Gillman-Harris, also known as Sunny, was manipulative, and there was never any sexual consent.

"Sunny appeared to be attracted to the vulnerable, and many of them congregated in the inner city. That I suggest is why Sunny spent so much time there. He cruised the streets in his various cars, at unusual hours of the night and day, and he located friendships with people who lived on the streets."

Mr Gibson said Mr Gillman-Harris wanted to get the young men to a motel from when he first made contact with them.

He said his client, Mr Nattrass-Bergquist, had been described as a non-violent and nice person.