The world's richest and most powerful people are being wooed to invest and holiday in Auckland after a rare meeting with an exclusive group of multimillionaires. 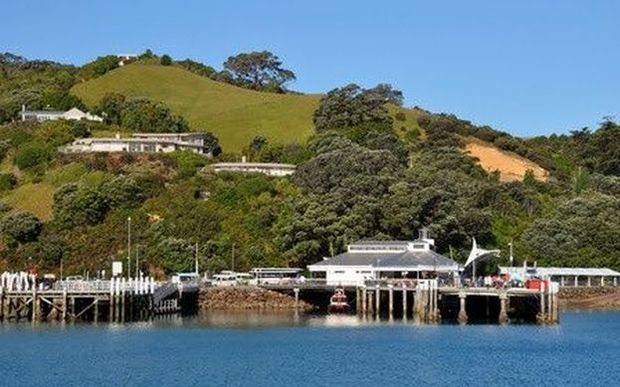 The world's rich are attracted to holiday in New Zealand and are particularly fond of Waiheke Island. Photo: 123rf

The trip cost Auckland ratepayers $8000 but ATEED said the returns could be worth millions.

Tiger 21 - the Investment Group for Enhanced Results in the 21st Century - is no ordinary social networking group.

Its 300 members are entrepreneurs, executives, investment bankers and real estate moguls who manage a total of $30 billion in investments.

ATEED said many spent more than $100,000 on their holidays but its chief executive, Brett O'Riley, said the holidays often ended up being much more valuable.

"The high profiles that companies like Xero have gotten because they have high profile investors like (American entrepreneur) Peter Thiel investing in them, they've suddenly got many of these investors going, wow okay so I know New Zealand's a great place to visit but I didn't know they had a technology sector."

When Tiger 21's members and their families gathered at the luxurious Beverley Hills Hilton for three days in February, ATEED was there with Tourism New Zealand flying its 100 percent pure banner in the lounge.

"As far as we know, we have been the only national tourism organisation that has been accepted to exhibit at this type of event that they have had."

Murray McCaw chairs Luxury Lodges of New Zealand, which offered a prize at the Tiger 21 meeting, staying at lodges around the country, worth up to $20,000.

Americans made up a big chunk of the luxury lodge market which had grown by 20 percent a year, he said.

Tiger 21 was crucial because getting face to face meetings with high net worth individuals was difficult.

"What's quite difficult is for New Zealand to get on the shortlist for destinations for holidays for high net worth individuals and so going to something like Tiger puts you amongst a group of other luxury products and consumers that allows us to get in a consideration set."

Mr McCaw and other luxury tourism operators said Waiheke Island, with its vineyards, beaches and restaurants was a big attraction to rich Americans.

ATEED's Brett O'Riley said New Zealand was the hook and many had heard of Waiheke.

"It's really the jewel in our crown that attracts people from the United States. Its rated very highly in publications like the New York Times, and the Headland Sculpture on the Gulf rates as one of the experiences to do.

"Lonely Planet have rated it very highly as one of the top 10 destinations to visit in the world."

AUT's Professor of Tourism Simon Milne said wealthy visitors were prized not just for their money.

"Not only do they bring their own potential for investment but they're also opinion leaders, they are people that others notice.

"So again, by linking to these individuals the chances are that we will also reap the rewards of a broader influence on the people who look to them as innovators and leaders."

So far no one from Tiger 21 has booked a trip to Auckland and Mr O'Riley said it could be years before they had the time to visit.