More and more Wanaka businesses are flouting Easter trading laws to cater to the tens of thousands of people in town for Warbirds Over Wanaka, says the town's chamber of commerce. 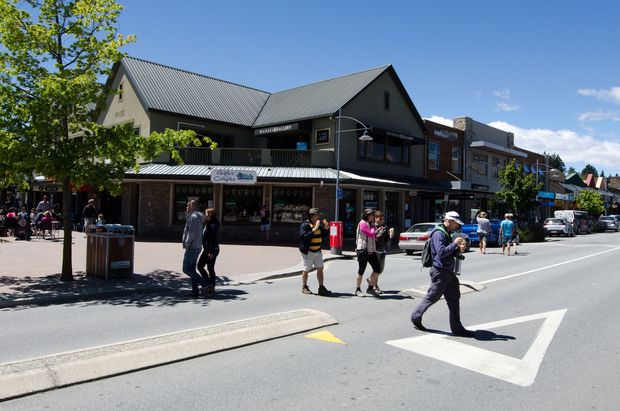 Wanaka Chamber of Commerce chairman Alistair King said businesses understood the rules, but most were choosing to open their doors anyway.

"Over the Easter break we have the Warbirds Over Wanaka which draws about 50,000 people, so for a small town like ours, holiday-makers need access to goods, food and services. Aircraft entertain the crowd at Warbirds over Wanaka. Photo: RNZ

"The current laws are very frustrating but they've been around for quite some time, hopefully with the new piece of legislation things will change," Mr King said.

Legislation before Parliament would allow councils to decide if the ban on Easter Sunday trading should continue, and Mr King expects the Queenstown Lakes council would overturn the ban.

"Most businesses in Wanaka seem to be of the view that if there is the need to open and their staff are happy to work then they should open."

Mr King said the Wanaka Chamber of Commerce would meet with Minister Michael Woodhouse who put forward the proposed legislation in the next couple of weeks.

First Retail Group managing director Chris Wilkinson said many want a blanket lifting of the restrictions, but faced the challenge of recruiting people on public holidays.

He said the retailers that had opened over the long weekend had reported better-than-average turnover.