At least $6 million has been earmarked for cycleways in Wellington's eastern suburbs. 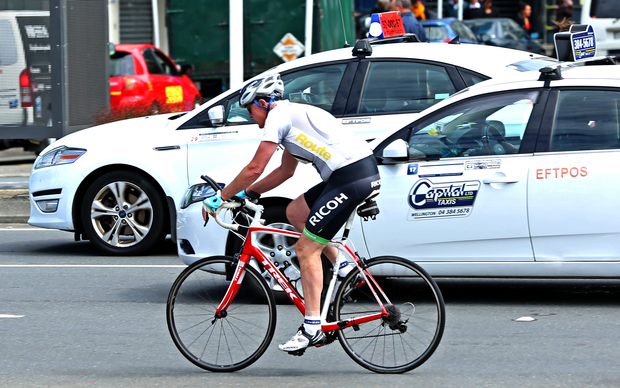 It is part of a plan to spend nearly $35m on cycleways throughout the capital over the next three years, with two thirds of that money coming from central government.

But cycleways in the city have come under fire recently.

The city's newest route in Island Bay has been the subject of fierce debate, with some residents threatening a rates revolt.

Chief among their concerns was that they had not been properly consulted and the designs differed from those shown to them.

With that in mind, the Wellington City Council plans to launch a consultation website early next month showing the options for cycling corridors between Seatoun, Miramar and the central city.

The chair of the council's transport committee, Councillor Andy Foster, said the recommendations came from a community-council working group and the website would comprehensively outline a wide range of possible routes and cycleway options.

"We want people's feedback, we want to walk with the community on this," Mr Foster said.

"We may never get everybody happy on any transport issue, it doesn't matter if it's cycling or roading or public transport or whatever it might be. But we'd like to get most people going 'look, that was a fair outcome and it was a fair process'."

The council's community engagement portfolio leader, Councillor Simon Woolf, said he looked forward to the open approach of the website after the controversy and conflict relating to the Island Bay cycleway.

Wellingtonians are also being asked to have a say on proposals for a $9m upgrade of the region's busiest cycle route, the Hutt Road between Ngauranga and the central city.

Changes to the Hutt Road are part of the 2008 Ngauranga to Airport Corridor Plan agreed between the city, regional councils and the New Zealand Transport Agency.

To view the proposals, visit cycleways.wellington.govt.nz.