The world's biggest car carrier will berth in Auckland on Monday during its maiden voyage. 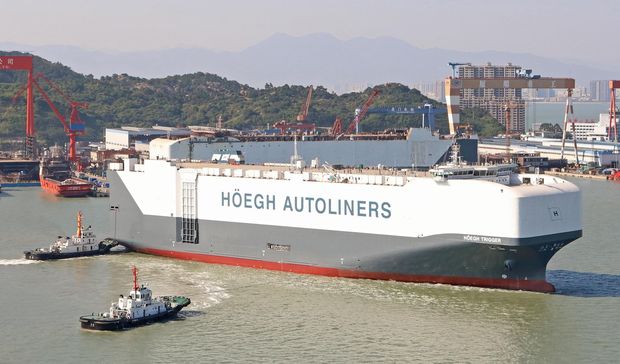 Norway's Hoegh Trigger can carry up to 8500 vehicles, 1000 more than its predecessor.

A Hoegh Autoliners local agent said it was one of six bigger ships the firm was building and they would become increasingly frequent callers, operating on a fortnightly timetable.

Hoegh Trigger was not as long as its predecessors, but taller and wider with a deck space equivalent to ten football fields.

The additional capacity would not be a problem for Ports of Auckland, which would also be the last dropping-off port on a journey beginning in Europe and going through South Africa and Australia.