The UK's largest warship marks "a new phase in our naval history", the Queen has said, as the vessel was officially named in her honour at a ceremony at Fife's Rosyth Dockyard.

A bottle of whisky was smashed on the hull of the 65,000-tonne HMS Queen Elizabeth - the first of two new Royal Navy aircraft carriers being built. 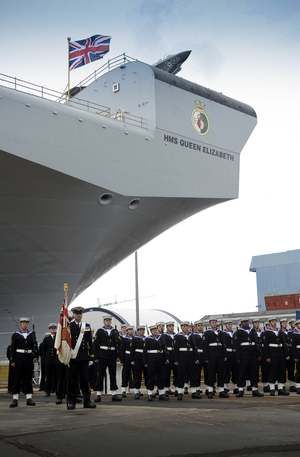 The Red Arrows flew over the dockyard before the ship was officially named.

"HMS Queen Elizabeth will be a national instrument of power and a national symbol of authority," he said in a speech.

"That means she will be a national icon too, all the while keeping the great in Great Britain and the royal in Royal Navy."

Addressing the audience, the Queen said the "innovative and first class" warship, the largest ever to be built in the UK, ushered in an "exciting new era".

"In sponsoring this new aircraft carrier, I believe the Queen Elizabeth will be a source of inspiration and pride for us all," she said.

"May God bless her and all who sail in her." 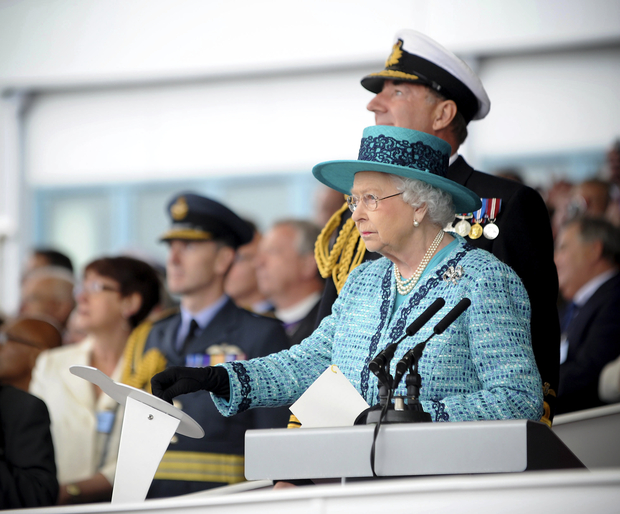