Conservation staff are bewildered by how a whale seen off Kaikoura has lost most of its tail. 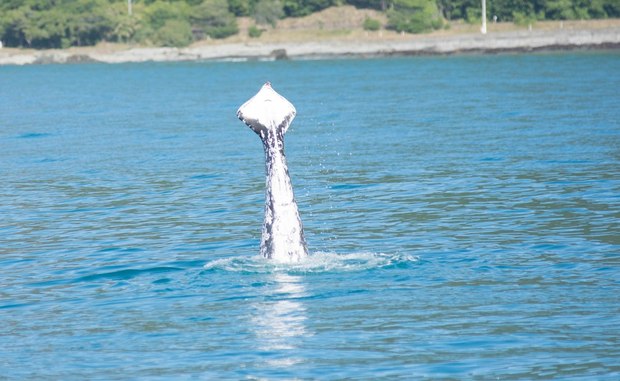 The humpback whale which has lost its flukes. Photo: Viraj Gamage of Whale Watch Kaikoura.

Department of Conservation Kaikoura ranger Mike Morrissey said the humpback whale had been seen off Kaikoura and while its tail flukes were missing, it appeared relaxed and was moving well.

Mr Morrissey said it was not clear how it might have happened but the flukes could have been severed from the tail as a result of the whale getting tangled in rope.

"There are cases well documented that were the result of entanglement; where ropes have been wrapped around the tail stock or the flukes and over time decay has set in and it's rotted off, as the nylon rope won't rot away," he said.

"It's unfortunate but some of these whales survive and they do quite well."

Humpback whales could function reasonably well without their flukes, as they had large side fins to help them swim.

"They do a lot of their swimming with those, and they use their tail as well, but it's not dependent on its tail."

The wounds where the flukes were severed from its tail had healed, indicating it had lost them some time ago, he said. 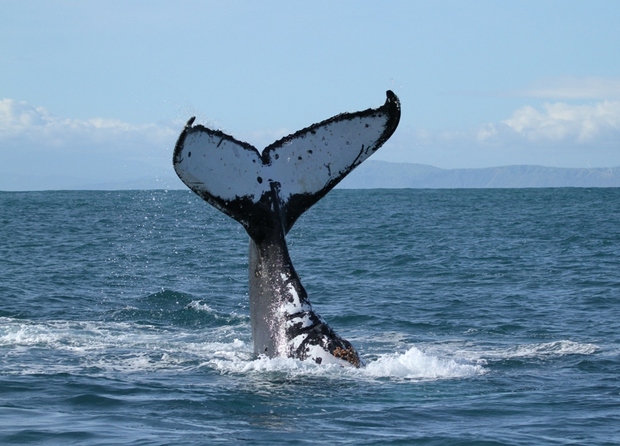 A humpback whale's tail as it should be. Photo: DoC Cook Strait Whale Survey

Mr Morrissey believed the 7m whale was about two to three years old.

"What was left of the whale's tail was tapered like an arrow tip. It's bewildering as to how it came to lose both its tail flukes. Fortunately, the whale wasn't showing any signs of distress. It was swimming well and breaching, diving and rolling as humpback whales typically do," he said.

Mr Morrissey checked the whale earlier this week after a reported sighting of it, and it was seen off Kaikoura again yesterday.

Mr Morrissey said whatever caused the whale to lose its tail flukes could have occurred anywhere in its travels.

Boaties were asked to take particular care not to disturb the whale, and to keep their distance from it to protect its welfare.

Boats must keep at least 50m away from marine mammals.