New Zealand has one of the highest rates of whale strandings in the world, with an average of 300 dolphins and whales stranding on our beaches each year. 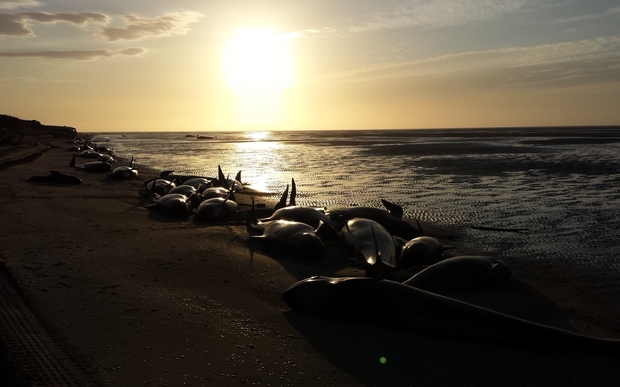 The latest stranding involved a lone orca which stranded at Patea Beach in south Taranaki yesterday, and died overnight.

Sometimes dozens, or hundreds, of whales strand at a time, along the same stretch of coast.

Why do they come ashore, how often and what can be done to help them?

We've sourced information from the Department of Conservation and Project Jonah to answer those questions.

Why do whales become stranded?

Whale strandings aren't fully understood, but there are several theories.

They might be old or sick, malnourished or pregnant. Calving whales seek out sheltered bays to give birth, and might strand if they come too close to the shore.

They may strand due to confusion, when sand and mud absorb the sonar signals they use for navigation and the shoreline is sloping. 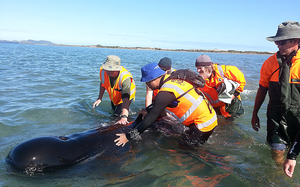 Or they might be injured - from being caught in a net, hit by a vessel or being close to an underwater explosion, from sonar, seismic testing or an undersea earthquake.

The most common species to mass strand in New Zealand are long-finned pilot whales. These whales have strong social bonds, which means a pod may be drawn to the shore by the distress signals of one or two of their group which have stranded.

Or a herd may follow a leader who is sick or disorientated and strand by accident - they might possibly be trying to rescue the leader, and then end up needing to be rescued themselves.

How often do they strand?

The Department of Conservation describes New Zealand as a "hotspot" for strandings. More than 5000 whales and dolphins have been recorded as stranding around the New Zealand coast since 1840.

Strandings usually involve just one or two whales, but can sometimes involve hundreds - such as when 198 long-finned pilot whales stranded at Farewell Spit in February last year.

Long-finned whales often strand in pods, and the most common species to strand alone are common dolphins, pygmy sperm whales, and beaked whales. 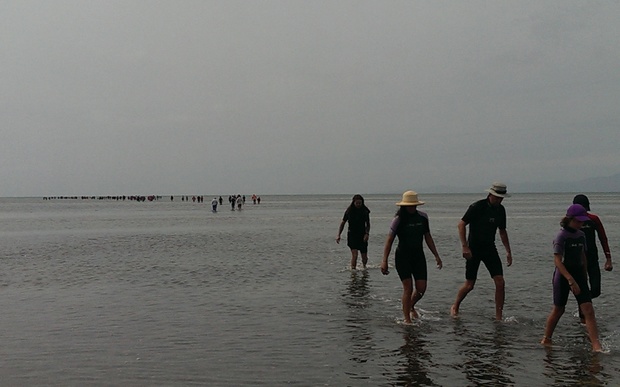 Volunteers assist with a whale stranding at the top of the South Island in 2014. Photo: RNZ / Alison Hossain

How to help a stranded whale

If you are first at the scene of a stranding, call DOC. Try to keep the mammals calm, avoid loud noises and keep children and dogs away.