The imminent arrival of Syrian refugees to the capital is spurring more Wellingtonians to extend a helping hand. 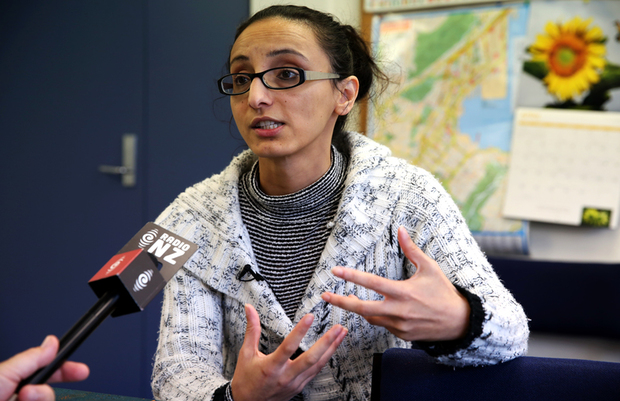 Twenty people turned out at a volunteer recruitment meeting at the ChangeMakers Refugee Forum last night, twice as many as organisers expected.

Christine Selwyn has been helping refugee women learn how to drive and get their licence, and took her husband Robbie along to sign up as a volunteer.

Mr Selwyn has a background in business and hoped that would be helpful.

"I might talk about working with refugees in their business programme, I've worked in many countries around the world and know different cultures so it's quite possible I could add something to the equation," he said.

"I do know from a refugee point of view that a lot of them have probably already been in business or have some skills, but how they can apply that in the New Zealand environment is yet to be determined. If I can assist them with that then that'll be cool."

His wife, Christine, was planning to continue teaching women to drive

"I know that these woman have no experience of driving anywhere, either as a passenger or by themselves, they generally walk everywhere they go," she said.

"To that end it has actually been a little harder than I thought and taken longer than I thought, but that's fine, we definitely make progress and it's a delight to be involved with someone who is thankful that you're there every week."

Niall Monaghan and his colleague work in communications and were also thinking about signing up.

"We can share skills in terms of if they want to contact a company or if they need someone to write a letter or anything like that, then that's something we can help with, or if they're dealing with government bodies and don't know the process we thought we could be of assistance."

Changemakers' director Tayyaba Khan said there had been an increase in people wanting to volunteer since the government announced in September it would take a total of 750 Syrian refugees over the next two-and-a-half years.

Eighty-two Syrian refugees are at the Mangere Refugee Centre for a six week introduction to New Zealand before they move to the capital next month.

Ms Khan said refugees had all sorts of problems that the Forum could help with.

"We've had people come in who are really concerned about the fact that they've been unemployed for a very long time, or we've got someone who's got mental health concerns but hasn't really figured out the right way to access the right kind of support, and whether that support is culturally or religiously appropriate," Ms Khan said.

The Forum signed up volunteers for just three or six months at a time because of the amount of commitment they needed.

"Our volunteers try and work with the person to make sure they can find the right service for them and then connect them to the service and make sure there is a follow up so that people know they're not alone.

"I think that's really the essence of our work, to make sure that communities know we are here and we are here to help if they need any support.

"The new volunteers will be interviewed before they are allowed to take part in the training, and then they will help out for a few hours each week over the coming months."

Meanwhile, Immigration New Zealand says some Syrians who were accepted as refugees have opted to stay behind in the hope of travelling with their relatives to Europe.

The department's technical advisor Karen Read said she and her team interviewed more than 250 Syrians in Lebanon at the end of last year and most were accepted, though some wanted to stay with their families.

She said the interview process was straightforward with robust questions and screening processes to decide who would be allowed to come to New Zealand.