New Zealand and Australian officers were on the ship as part of an operation to protect the area from illegal fishing. 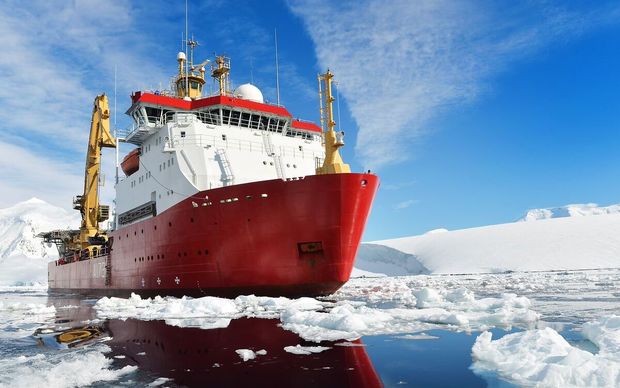 Acting British High Commissioner to New Zealand Helen Smith said the patrol was a strong example of the close working relationship between the two countries.

"The patrol has helped ensure fishing and other commercial activities in the region meet the rules set out in international conservation agreements," she said.

The 90m Protector, which had a crew of 88, normally patrolled the British Antarctic Territory.

It was the first time in 80 years a British naval vessel had visited East Antarctica and the Ross Sea.

The ship's second in command, Trefor Fox, said they monitored 12 fishing vessels and boarded four of them during the patrol in the Ross Sea.

"They were all legal boats, mostly from Russia and Korea fishing for toothfish."

Mr Fox said the inspections were made under the Commission for the Conservation of Antarctic Marine Living Resources (CCAMLR). 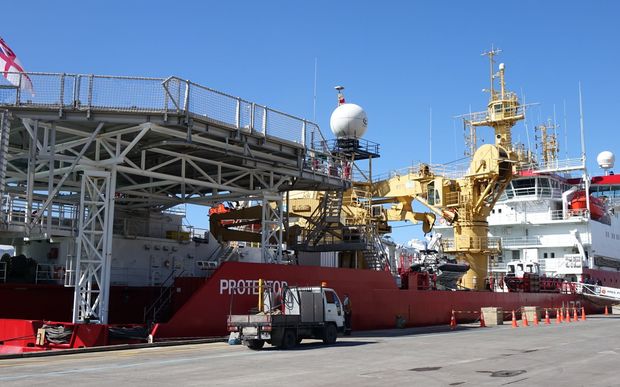 The CCAMLR was established in 1982 with the objective of conserving Antarctic marine life.

Mr Fox said the British Navy had taken the step to patrol the Ross Sea because of increased fishing over the last few years.

The captain of the Sea Shepherd ship Steve Irwin, Sid Chakaravarty, said the Protector had focused its efforts in the wrong place.

"They are monitoring the Ross Sea, which is good, but the illegal fishing boats don't operate there. The toothfishing vessels operate further west in the Southern Indian Ocean.

"The fact they are taking the step to head into Antarctic waters is a good one, but if they want to make a good difference they need to focus in the right areas and especially on the Japanese whaling fleet. 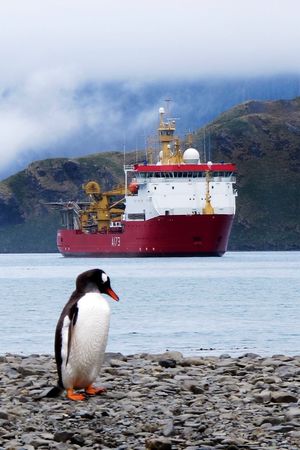 The ice-breaking ship in the Southern Ocean Photo: Supplied

"Exploiting loopholes in international sanctions has allowed some of the Spanish crime syndicates to have about six boats in Antarctic waters.

"These boats use flags of countries which are not signatories of the CCAMLR, such as Nigeria, Togo, the Seychelles and North Korea."

But Mr Fox said the Protector was specifically an ice-breaking vessel.

"We haven't patrolled further west because there is no ice. We are the only ice-breaking vessel in the British navy so where there is ice, such as the Ross Sea, is where we operate."

Mr Chakaravarty said the Steve Irwin was heading to Antarctica for a mission of its own.

"We are targeting two illegal toothfishing vessels and the Japanese whaling fleet. If we can get the world's attention and show them what these boats are doing, we can make a difference," Mr Chakaravarty said.

"Toothfish is known as white gold. It sells for $20 a kilo on the black market sales. One operator could catch 500 tonnes a year - that's $10 million in profit, so it is extremely lucrative."

The Protector's mission would be analysed before a decision was made on whether it would do further patrols in the Southern Ocean.

The ship will be open for public viewing in Lyttelton Port on Sunday.