Children in the Hawke's Bay have spent the last five days jumping into the river, the pool and the ocean to learn about everything from life jackets to kaimoana. 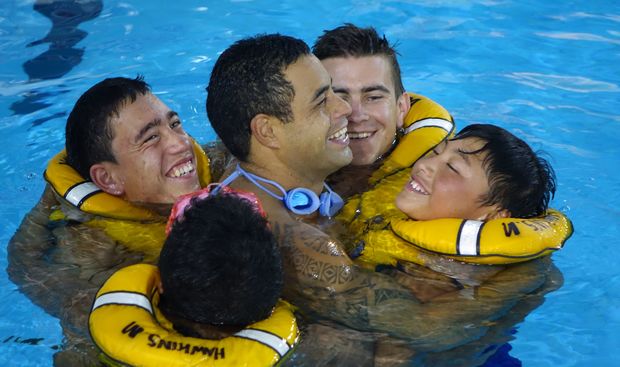 The 135 children are taking part in the Hawke's Bay Te Taitimu Trust's annual camp, aimed at teaching them about water safety.

The camp was started by the Te Taitimu Trust to try to reduce the high number of drownings among Maori, who made up 20 percent of water fatalities over the past five years.

Robert Hewitt, who survived three nights and four days stranded in the sea off the Kapiti Coast north of Wellington in 2006, has been passing his knowledge down to tamariki since the trust first started in 2007.

As the ambassador for Water Safety New Zealand he also wanted tamariki to learn how to gather their own kaimoana and also to ingrain water safety into them and their families.

"It's making sure that we as adults are leading by example. So there's no use me teaching your son or child to put a lifejacket on if they're in a boat with a lifejacket and Dad's not wearing one.

"When we're role-modelling it's got to start with the parents at home." 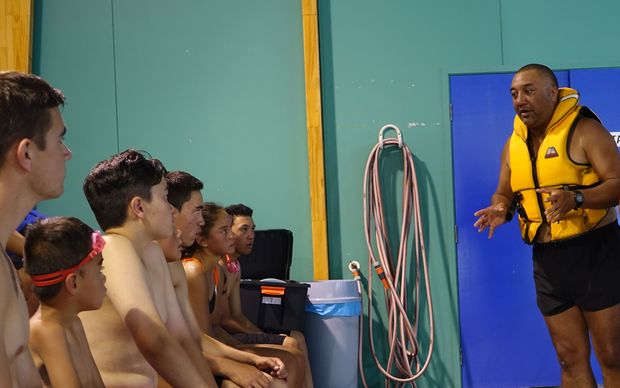 This year the camp is based at Youthquest, formerly known as Camp David, and the children have been to the Mohaka River, the Waipukurau swimming pool and Waimarama Beach.

About 40 youth mentors, 50 parents and local police help run the camp, which is funded mainly by Water Safety New Zealand.

Emil Villa, 16, from Dannevirke has been going to the camp for four years. He said being part of the trust has given him the confidence to step up at school and this year he was mentoring the younger children.

"I've grown so much from being here and I just wanted to give back. The first thing it helps with is the confidence in the water, but it also teaches you techniques and all of the little stuff that would help you if you were stranded: how to stay afloat, stay alive, which is one of the main phrases thrown around at the camp." 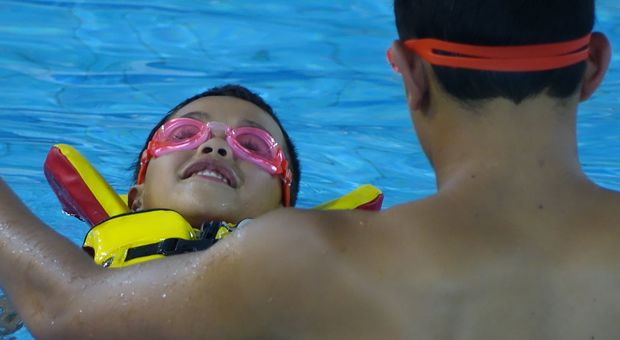 The trust was started by Zach Makoare, who lost his son to suicide in 2000, and wanted to build troubled young people up to be connected, resilient and confident.

He said getting back into the outdoors and into the ocean was all part of this.

"Instead of focussing mainly on the lifejackets, we teach a little karakia so it becomes their GPS of the future. [It gives] them the idea that they can understand that if the environment is not good to go in, they have the karakia first and their conscience kicks in."

Putiputi Te Wake-Munro, who has two children at the camp, said she never had such opportunities growing up. She had noticed a big difference in their water skills.

"Because we've got so many different workshops they get a variety of options that they can look forward to doing, or say that they've done it. It's a confidence thing for me, it helps build their confidence." 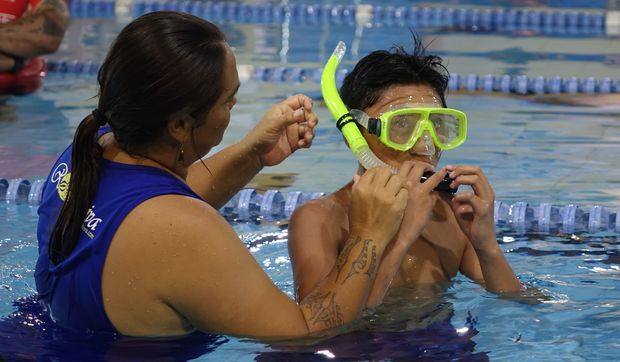 Learning to use a snorkel at Waipukurau pool. Photo: RNZ / Alexa Cook

Rex Timu heads the Hastings Mongrel Mob gang, and his two children joined in the action each year.

He said at least half of the children from his rohe can't swim, and although the camp gave them a good start it was still up to the parents.

"As parents, as kaitiaki of our tamariki and rangatahi - our kids - we have got the responsibility to show them these things so it's going to help them for their future," he said.

"What puts a smile on my face is seeing the kids smiling. A lot of these kids come from really, really hard to reach whanau, so just spending time with them and giving them hope that there's hope out there for them."

Local Waipukarau police officer Ross Gilbert is one of the five trustees. He said being at the camp, along with two other police officers, helps.

"For a lot of these kids it's the first time they've had a positive interaction with the police and it goes a long way to building relationships and breaking down barriers."

Tomorrow is the last day of the camp, but the Te Taitimu Trust runs other, smaller camps throughout the year. 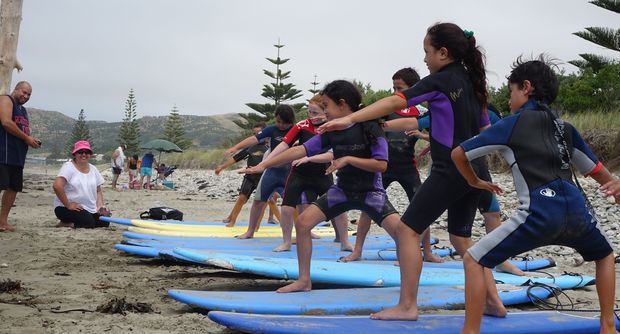