More than 80 people have died in climbing accidents on the slopes of Mt Taranaki since records began in the 1890s. 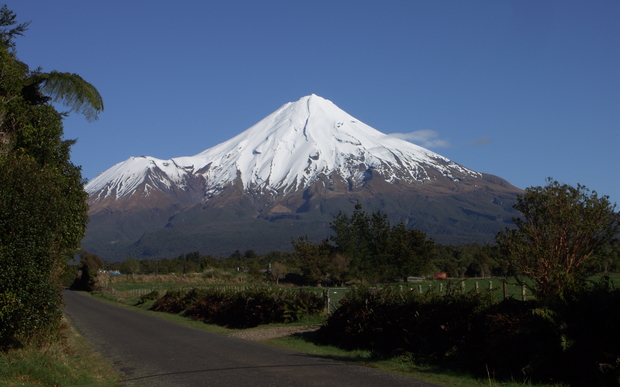 Mt Taranaki is one of New Zealand's most distinctive volcanoes. Photo: Andy Reisinger

Poorly prepared walkers and climbers and rapidly changing weather conditions are most often blamed for the fatalities, but a Taranaki mountain guide said the ease of access to Egmont National Park was also both a blessing and a curse.

"Generally the summit route can be undertaken in good weather, but a lot of ill-advised trips are taken by people on a tight timeframe. So the summit is not to be taken lightly and, of course, we have classic New Zealand weather, very changeable."

Hiroki Ogawa and Nicole Sutton died on the mountain in 2013 after setting off on a day trip to the summit with the New Zealand Alpine club.

The pair were part of a group that climbed the complicated East Ridge route in deteriorating weather, a decision which proved fatal.

Many visitors to Egmont National Park were caught out by how quickly they found themselves high on the slopes of Mt Taranaki, he said.

"You can drive to 900m and then walk very quickly to 1500m, which really means you're in the alpine zone and that's a big element of risk."

The best advice he could give to people wanting to enjoy trekking on the mountain was to give themselves plenty of time.

"Take the time to wait for a good weather window and get good advice before heading to the mountain rather than arriving with a preconceived plan."

He recommended calling the Department of Conservation visitors centre at North Egmont and avoiding doing things on the spur of the moment. 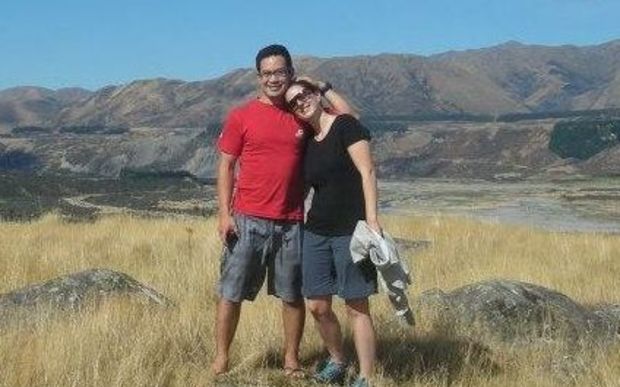 Hiroki Ogawa and Nicole Sutton died on the mountain in 2013 Photo: NZ POLICE

Mr Needs owned the New Plymouth adventure store Kiwi Outdoors, which closed in July 2015 after first opening in the 1930s.

There he was often privy to the crazy antics of people determined to climb Mt Taranaki.

"A number of years ago, I had a traveller from overseas come in wanting to hire an ice axe and crampons. After talking to him we decided that it would be foolish of us to do so and advised him that we weren't going to do that.

"So he left and another gentleman, a Scottish fellow who had been listening to us, he had the skills so we happily hired him crampons.

"The next day he returned the crampons and he said the other gentleman arrived as he was sitting on the summit with a screwdriver in each hand and a classic old butterfly can-opener zip tied to the bottom of his shoes.

"And the classic statement he made pointing to his feet as he arrived was 'two dollar shop'."

Top Guides recently got Department of Conservation approval to operate on Mt Taranaki.

Central to its success could be the development of the Pouakai Crossing, a one-day point-to-point trek beginning at the North Egmont Visitors Centre and exiting the park at Mangorei Rd.

The 19km crossing, which traverses goblin forests, towering lava cliffs and a living wetland at an elevation of 960m, is being promoted by Venture Taranaki as an alternative to the Tongariro Crossing in the National Park.

Its manager of innovation and strategic projects, John Haylock, said it has huge potential despite some parts of the track still needing work.

"There's around about 100,000 people who walk the Tongariro Crossing a year at the moment and the Pouakai Crossing is very much the twin of the Tongariro in terms of length, time and difficulty.

"It has some slightly different attractions on it, it's not quite as volcanic even though of course Taranaki is a volcano. It's got more bush but also offers wonderful scenic views across the region and across the central North Island as well."

Mr Haylock was not sure he would like to see 100,000 people on the track but said he would love to eventually see tens of thousands walk it each year.

"It's a day walk that most people with an adventurous streak and moderate fitness will be able to complete and see some amazing parts of Egmont National Park that they wouldn't normally be able to see.

One highlight was the Ahukawakawa Wetlands, which boast 260 plant species and giant carnivorous land snails which grow up to nine centimetres long.

Another was the opportunity to take the classic picture-postcard photo of the 2518m Mt Taranaki reflected in the tarns [mountain lakes].

But just getting out there should be reward enough, he said.

"It's an opportunity to get into true wilderness. You've still got mobile coverage but you are in the wilderness."

The Pouakai Crossing is open all year and the recommended start point is the North Egmont Visitor Centre. Trampers are advised to check weather conditions and arrange a pick up from Mangorei Rd before departing.