Conservationists are worried about the sharp drop in yellow-eyed penguins breeding this season, with nest numbers reaching their lowest since 1990. 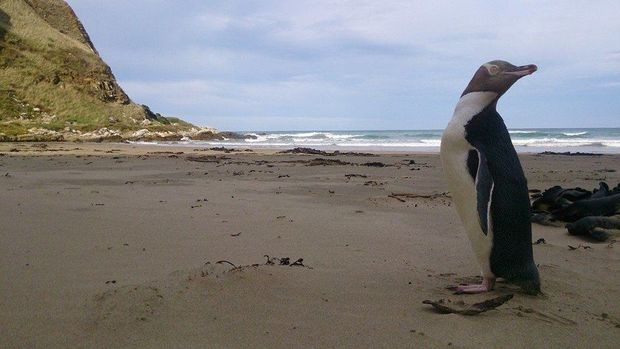 A count showed fewer than 190 breeding pairs on the Otago coast this season. Photo: Supplied

General manager Sue Murray said the latest problem was a heatwave that hit the area, with chicks dying from the heat.

But Ms Murray said that was not the only battle the endangered bird faced, having previously contended with avian diphtheria, a toxin that killed adult penguins and barracuda bites.

"We found earlier this year a large number of birds had leg and lower abdomen injuries which required veterinary care in most situations and in a couple of situations euthanasia was involved.

Ms Murray said about 50 chicks have already died this season.

"Penguin numbers have hit rock-bottom compared to the previous years. We believe that that's an impact of the last four breeding seasons which had been extremely poor."

Ms Murray said that was due to a mass die-off thought to be caused by an unidentified toxic agent that killed more than 70 adults and juveniles on Otago Peninsula in early 2013.

But the chicks did not escape unscathed either. In December 2013 many chicks starved early in the season and those that survived to fledge-age were emaciated and unlikely to survive at sea. 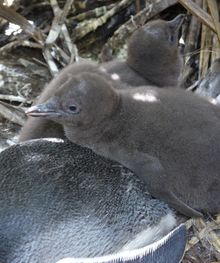 Visitors to nesting sites were encouraged to take guided tours rather than going it alone.

"The tour operators are really experienced and know how to show people a penguin safely and without causing any stress to the penguin whereas unregulated tourists sometimes want to get that better photo, just a little bit closer and they do cause that extra stress on the penguin, especially when they are returning from the sea.

"They also don't understand that at this time of the year penguins are coming back from sea with full bellies ready to feed their chicks and the longer they stay in the water and you keep them from getting back to the nest and the hungry chick, the more that food is digested by themselves. So in fact it's another starvation technique by disturbing [them]."