The Department of Conservation says the breeding season for yellow-eyed penguins this year is a disaster.

It says the chicks are starving and numbers are down by 70 to 80 percent in some colonies along the North Otago coast. 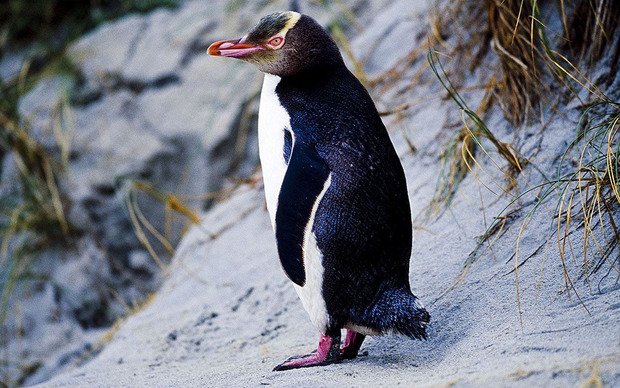 DoC ranger Mel Young says the chicks that are surviving are very underweight - they should weigh about 5kg, but most are about three.

Fewer than 70 chicks have survived three months into the breeding season, compared with about 200 last year. Ms Young says the cause of the decline is unknown and is being investigated.

Meanwhile, a penguin sanctuary is making an urgent plea for helps as it struggles to cope with about 80 starving yellow-eyed penguins.

Penguin Place on the Otago Peninsula says it needs more fish so it can help prepare the penguins to go back out to sea.

The sanctuary has had to double the size of its enclosure and desperately needs extra food.

Its rehabilitation co-ordinator, Julia Clement, says if anyone can provide small fish, or silverside meat, it would be a great help.

Ms Clement says about 80kg of fish are needed a day to feed the birds, so they can grow to a healthy weight. The sanctuary is also looking to fishing companies to lend a hand.

The penguins will be cared for until they weigh about five kilograms and will be probably be released early in March.