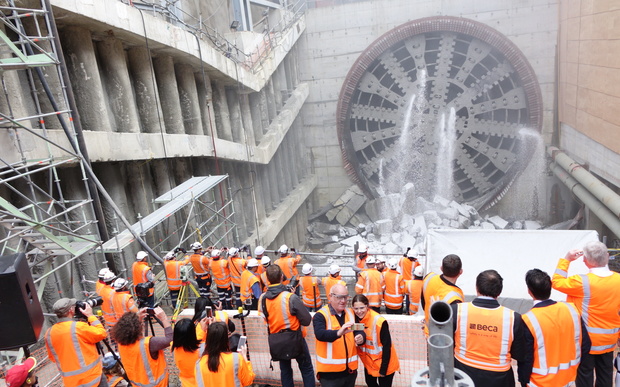 The tunneller broke through in the Auckland suburb of Owairaka at midday, ending an ambitious return journey it started in November 2013.

The machine, affectionately called Alice, has now completed the major steps of what will eventually be the country's largest road tunnel.

The Waterview Connection is a $1.4 billion project linking the south-western and north-western motorways.

Alice, who is 90 metres long and weighs 3100 tonnes, was started at 10am today to complete the last metre of her journey. 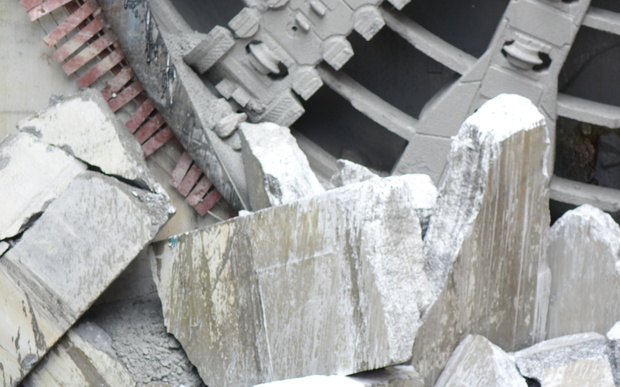 The two tunnels - one for each direction and stretching 2.4 kilometres - are up to 40 metres below ground level.

Alice is one of largest drilling machines in the world and the largest ever built in the Southern Hemisphere. The cutting head is as high as a four-storey building. 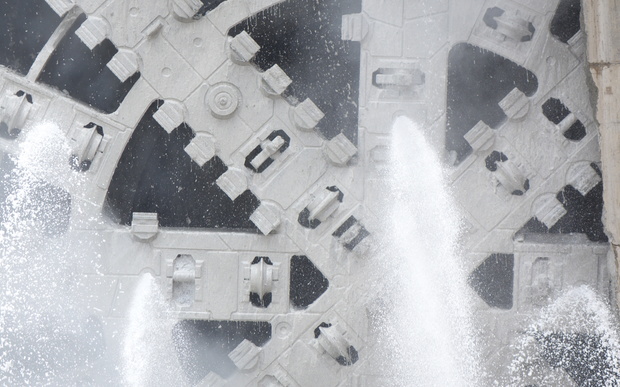 On her journey Alice removed about 800,000 cubic metres of earth - enough to fill 320 Olympic-sized swimming pools.

"It's always gone pretty well to plan... We haven't had much trouble with the ground - maybe a breakdown here or there but nothing that's really troubled us."

Mr Burden said he had a huge sense of relief and satisfaction, but also sadness that the tunnelling part of the project was over.

The tunnels are due to be opened in early 2017.

Watch Alice break through in Waterview a year ago:

Transport Minister Simon Bridges said he wanted to see more tunnels across Auckland's transport network, including under the Waitemata Harbour.

A harbour tunnel would take a lot of planning," he said.

"On our estimate, that's something like a good decade or so away," he said.

"[Of] course there'll be other tunnelling as well - in the City Rail Link, again, that's another project that we're all agreed on fundamentally, it's simply now a matter of timing and funding and working through a business case."

The NZ Transport Agency said the tunnels connecting two Auckland motorways will be the be the biggest change for drivers in the city since the Harbour Bridge.

But it has also cautioned that the Waterview Connection will not solve the city's congestion issues once it was completed.

"You can't get rid of traffic completely - we're spending a lot of money as part of the Western ring route, winding State Highway 16 so that it's got the capacity to take that traffic. But look, it doesn't completely fix congestion, but it provides choice and resilience and that's the key thing."