The first forestry worker charged with manslaughter has been found not guilty after a tree he felled crushed his co-worker almost two years ago. 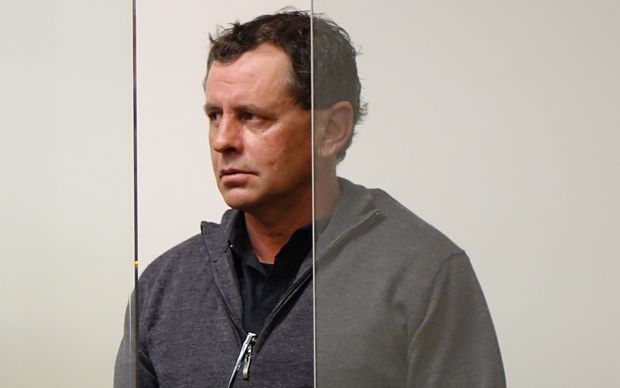 Paul Burr, 47, closed his eyes and his family members wept after the jury in the High Court in Palmerston North exonerated him.

Lincoln Kidd, 20, died when a tree felled by the contractor crushed him on a forestry block near Levin in December, 2013.

Mr Burr had been felling trees inside a harvester when one fell back past his machine and onto his co-worker, smashing his skull and breaking his back.

In his final submission today, Justice Brown said the case was unique as it was the first time a forestry worker had been charged with manslaughter, rather than a company being prosecuted.

He said Mr Burr did not know his co-worker was behind him when he felled the tree, but asked the jury to consider whether he could have done more to make sure his employee knew he had to be at least two tree lengths away - a basic rule of the industry.

The three week trial delved into a multitude of health and safety issues.

The crown argued Mr Burr had a slack attitude when it came to safety.

"There was nothing in the environment that caused Lincoln Kidd's death... Mr Burr is the one who failed," said crown prosecuter Ben Vanderkolk.

He said the incident demonstrated a failure to assess harm and risk, and a lack of conscious safety planning.

But Mr Burr's lawyer, Jonathan Temm, said WorkSafe was making an example of his client.

He said charges laid by WorkSafe under the Health and Safety in Employment Act were unusual.

"WorkSafe New Zealand - the new state regulator for health and safety, particularly in forestry - is looking to lay down a marker to say 'we're the new regulator here' after Pike River, after the Department of Labour, and the Royal Commission," he said.

"They think Paul Burr is that marker."

In his final submission on Friday, Mr Temm said Mr Kidd's death was an unfortunate accident, and asked the jury to "close the page".

Outside the trial, he said the case had been a roller coaster ride for his client, his family and his supporters.

Mr Temm said only three people were working on the site, and they were like a family unit. He said it had been a very difficult time for everyone, including what Mr Kidd's family has had to go through.

Earlier in the trial, Mr Burr's father-in-law, Rodney Caldow, recounted the moment he came across the block soon after Mr Kidd had been crushed.

"Paul was in focus, he was giving CPR, there was quite a lot of blood around him. I've seen guys in a lot of years in those situations and people run around like headless chooks - when we pulled up, Paul was in control of what he was doing. He had checked all the vitals and knew what he was doing," Mr Caldow told the court.

"As soon as he was taken away from what he was doing, it was pretty clear Paul was going to need some assistance.

"I took Paul away from the scene and at that stage he went into shock. I said in my statement he had a few smokes, but I think it was more like packets."

Mr Caldow said the officer who made the arrest, Sergeant Andrew Collis, told them the order had not come from Levin, but "higher up the food chain".

"He said 'sorry, personally, I think this is wrong'."