] Auckland's 57th and final electric train has arrived in the city, marking the end of the electric fleet rollout. 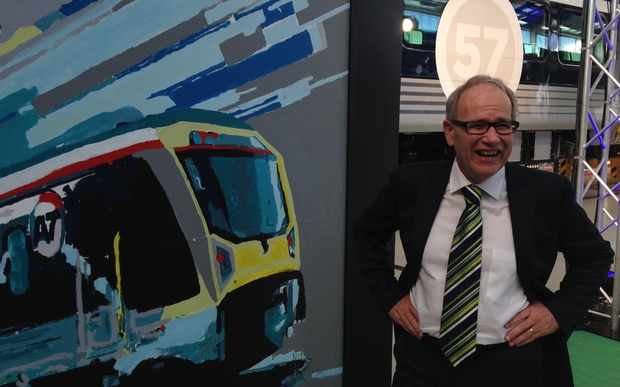 The new trains complete a rail upgrade that, together with new tracks, new stations and electrification of the network, has cost more than $1 billion.

Auckland's diesel trains rode the rails for the last time three weeks ago, four years after Auckland Transport signed the contract to bring electric trains to the city.

Forty-six of the new trains are already running on the network, and the rest will be put into service over the next few weeks.

Auckland Transport chair Lester Levy said 14 million trips are being made on the trains each year now, compared to 3 million in 2003.

Dr Levy said many trains were completely full and the arrival of the last electric trains would help to ease the situation by allowing six-carriage trains to run during peak times.

Mayor Len Brown said the trains had been a victim of their own success and that emphasised the need to get started on the city rail link.

Auckland Transport expects rail use to grow by 20 percent a year, and hopes that the new trains - which are bigger, faster and quieter - will encourage that.