Auckland's mayor is launching a new push to bring forward the start date for the city's $2.5 billion downtown rail tunnel. 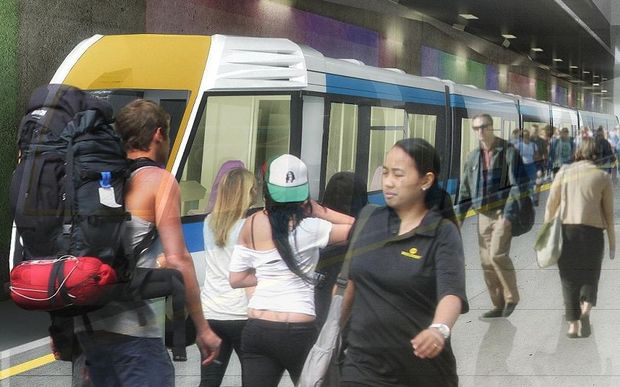 Len Brown said rapidly rising train patronage means the city's downtown rail terminus would run out of room two years before the City Rail Link was due to start.

The Government agreed to co-fund the project but set the start date at 2020 unless both rail patronage and downtown employment hit specified targets before then.

Auckland Council accepted the downtown employment target was unreachable, but said the rail patronage annual target of 20 million trips will be hit in 2017, and by then the Britomart terminus will be struggling.

Mr Brown's pitch, using data from the council's transport agency, came as it prepared to begin formal discussions with the Government over a long-term funding agreement on transport projects.

The Auckland Transport report said Britomart would hit the maximum number of trains it could handle per hour next year during peak times, with 20 inbound and 20 outbound trains.

It said the station's capacity for handling a maximum of 2600 passengers in 15 minutes will be reached in 2018.

Auckland Transport said modifications costing between $20 million and $50 million would be needed, but could be avoided by an early start to the City Rail Link which allowed trains to travel straight through the currently dead-end station.

Rail patronage is running 22 percent ahead of the previous year, and has reached 13.5 million trips annually.

The rise was due to increased services, and the phasing in of the new, larger electric trains, which by July will replace all diesel trains, except for the Papakura to Pukekohe shuttle.

"We have seen huge leaps in patronage once the comfortable, quieter and reliable electric trains started running on lines such as Onehunga and Manukau," said Mr Brown.

Both the mayor and the Minister of Transport Simon Bridges have talked publicly since the start of the year about possibly reaching long-term agreement on which transport projects should be built and when.

The council is now awaiting an initial letter from Government setting out its views on how that process would run.

Initial shallow work on the City Rail Link may begin early next year between Britomart and Wyndham, funded by the council, but there's no start date for the major tunnelling work. 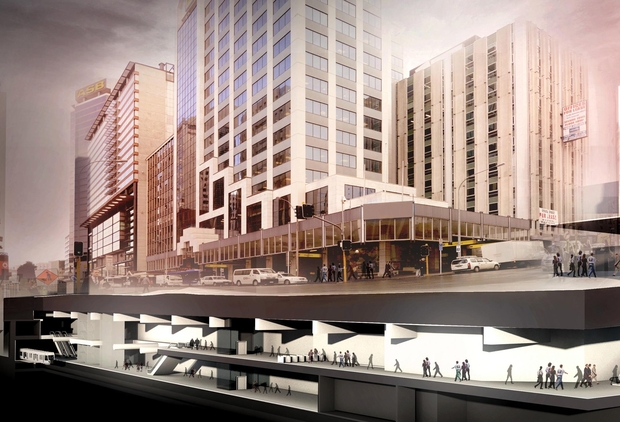 An artist's impression of the underground Aotea Station that will be built in mid-town Auckland. Photo: AUCKLAND TRANSPORT