A group of young Muslims in Auckland is trying to dispel misconceptions about the religion amid fear generated by international conflict. 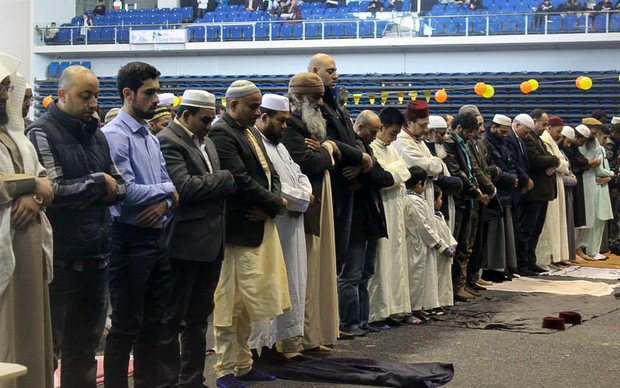 Thousands of people across New Zealand have just celebrated the Islamic holiday of Eid, marking the end of fasting for Ramadan.

The festival brings together Muslims from all walks to life to mark the end of the fasting month of Ramadan.

More than 6000 people braved torrential downpours and bitter cold to attend at the Trusts Stadium in Henderson.

After a month of abstaining from eating and drinking during daylight throughout Ramadan, Muslims from all walks of life mark Eid Al Fitr, which translates from Arabic as "the celebration of breaking fast".

The event is run entirely by young people, and while it is something of a food festival, it also aims of bringing together Auckland's diverse Muslim population.

One of its organisers, Ola Shahin, said the communal aspect of Eid was important for Muslims, who often feel isolated. 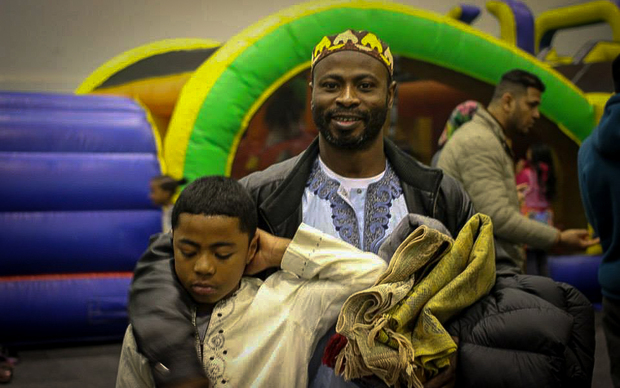 "People visit each other and enjoy each other's company, and I think we really need that in this country, especially when it feels like there's not many muslims around."

She said events like Auckland Eid Day also helped to dispel misconceptions and expose the community to the wider public.

Tauranga resident Yasamin Al Tiay was in Auckland to celebrate Eid with her family.

She said the best way to dispel fear around the Muslim community was to be more visible and present.

"We need to integrate, we need to share our culture with people so we're not feared, because people are scared of things they can't understand."

Human Rights Commissioner Dame Susan Devoy recently said Muslims in New Zealand were feeling under pressure because of conflicts thousands of miles away.

He said it was hard for Muslims to escape political issues that are much bigger than them.

"One of the challenges is also about political issues, which we are not part of and we're not aware of, but somehow we are pushed into." 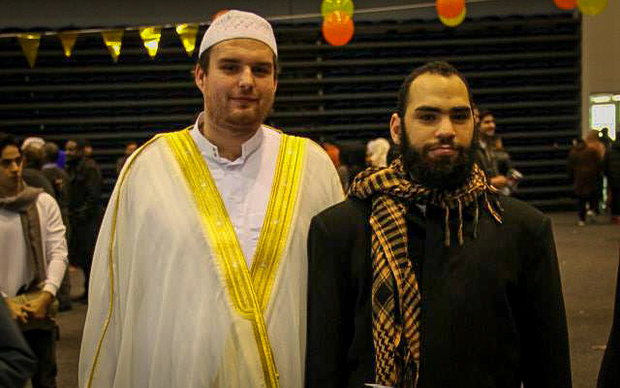 "The biggest challenge for Muslims is about job creation, in terms of having their dignity and integrity... living with peace and doing business with other people."

Medical student Naji Ghamri said part of the problem was unrealistic expectations on ordinary Muslims to explain situations much bigger than their individual circumstances.

"Asking the big questions of individuals and the idea that every Muslim is a spokesperson for all of Islam... that's a massive challenge that I experience."

"Because everyone is so cheerful. I've shook so many people's hands and wished them Eid Mubarak that I've never ever talked to, which is an awesome thing."

Organiser Hassan Raslan said in order for Muslims to address issues of discrimination, they first needed to acknowledge the role they needed to play in their community

"I think first and foremost is for Muslims themselves to realise that they're part of a community and not independent of others, that they have to be associated with each other before they can even think about wanting to be accepted by others."

This is the event's fifth year in Auckland, and organisers hope to see it become as much a part of Auckland culture as the Chinese Lantern Festival or the Diwali Festival of Light.