Housing Minister Nick Smith says the Labour Party is playing the race card with its claims that foreign speculators are inflating house prices in Auckland. 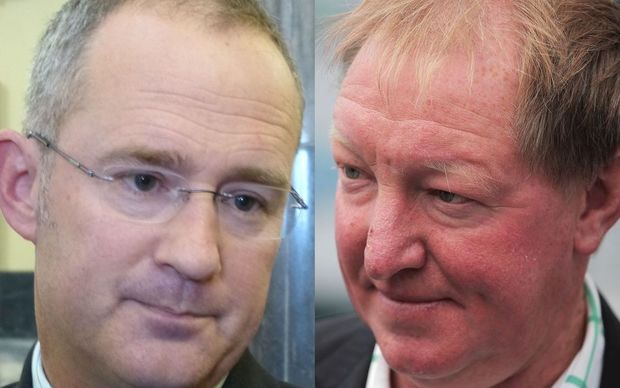 Sales data from a major property firm in the city showed people with Chinese names bought nearly 40 percent of houses in the three months to the end of April, said Labour housing spokesperson Phil Twyford.

Mr Twyford said it was not credible to suggest the 9 percent of Aucklanders of Chinese descent went on a three-month buying spree and bought nearly 40 percent of the houses.

But Dr Smith said the leaked data was of dubious quality.

He said the figures did not mean overseas buyers were pushing up prices, as Labour claimed.

"The data is pretty flimsy and it's based on one anonymous real estate firm and based on not whether people are New Zealanders or not but their surnames, you need to base housing policy on something a whole lot better than people's surnames."

Dr Smith said official advice was lack of supply was the main reason for house price inflation, which was why the Government was pushing to get more houses built.

Dr Yang, the former director of the China Studies Centre at the New Zealand Asia Institute, said Labour's data did not prove the buyers were foreigners.

He said Chinese New Zealanders felt they were being unfairly blamed for Auckland's housing woes.

"They are sensitive and they think it's unfair to focus on Chinese and particularly to say that many of them are foreign buyers, most Chinese who are active in the New Zealand market, property market, are New Zealanders."

Dr Yang said his own impression was most Chinese buyers were either living in New Zealand or had family members living here.

Prices in Auckland have shot up $74,000 on average in the past three months.

Mr Twyford said Labour would ban sales to foreigners and the Government needed to take urgent steps to curb speculation.

"There's no upside for New Zealanders having speculators on the other side of the world buying and selling our houses for capital gain," Mr Twyford said.

"It simply drives prices beyond the reach of young New Zealanders."

From October, the Government will begin collecting bank and tax details of people buying investment properties, including those from overseas which Treasury said would create a more accurate picture of foreign ownership of housing.

Last week Mr Twyford said that information should be made into a public register of foreign owners.

"I challenge them to promise that they will use that information that was gathered through Inland Revenue to establish a register of foreign ownership of New Zealand residential real estate.

"And then to put the facts on the table and tell New Zealanders exactly what's going on," Mr Twyford said.