Social service agencies say census data has highlighted the new working poor - those who can not afford to put a roof over their heads. 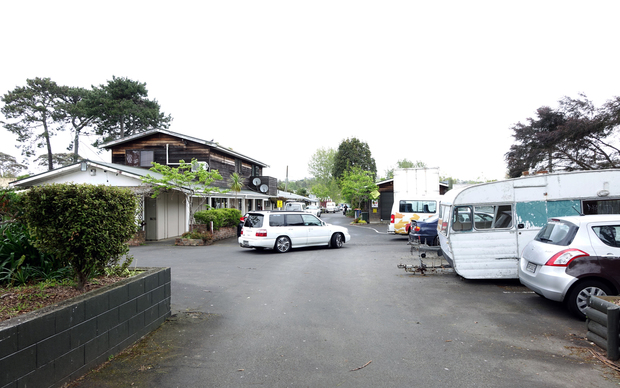 Budgeting experts said housing costs needed to fall into line with incomes, as thousands of families faced the prospect of their finances spiralling out of control.

Pam lives with her son at Western Park Village, a caravan park in Ranui, West Auckland.

"I'm a civil construction labourer, I work from usually 7am til 5pm, and it entails heavy machinery and a lot of labour...I used to live with my sister, but she's got six kids and it was only a three bedroom, so me and my child had to move out," she said.

She said though the rent was a bit steep, at $340 a week for her two-bedroom cabin, it was her best option, and her son liked it.

"He's of school age, he's 12 years old, he loves it here, he's quite a loveable chap around this part of the caravan park, so everyone likes him," she said.

Pam said she moved there in December last year, and she was wary of safety, but there had been no problems so far.

Convenor of the Living Wage Movement, Annie Newman, said she was not surprised people could not afford a house or flat to live in.

"There are hundreds of thousands of New Zealanders who are not earning a living wage, they are earning what the market dictates, and invariably those are poverty wages, so it doesn't surprise us that there are people that don't have houses, they don't have heat, they don't have proper fuel, and yet they work for what is a so-called living," she said.

Ms Newman said research they published in 2013 found $18.40 was the rate you needed to live a basic yet dignified life. 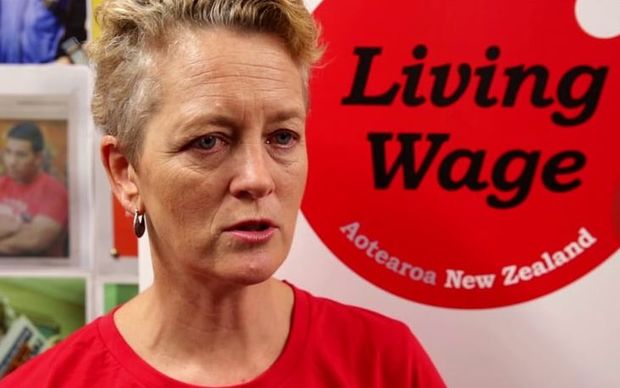 "That level is now $19.25, we know that many people are living on approximately 30 percent less than that, which is the minimum wage or just above, in addition to which, they can often struggle to get the number of hours they need to make a living wage," she said.

Chief executive of the New Zealand Federation of Family Budgeting Services, Raewyn Fox, said nationwide, the services saw about 50,000 new families a year, and housing concerns were a critical problem for about 60 percent to 70 percent of them.

"The cost of housing is the biggest issue for a large majority of the families we see, we've got to do something about bringing housing more in line with income," she said.

Ms Fox said with the housing market tightening, the budgets do too, with bad financial situations snowballing.

"People that once they've paid their rent, maybe their power bill and bought their food, they've got no money left to cater for emergencies, so when an emergency happens, they're driven to maybe taking a loan, and then you add loan repayments to their already stretched incomes and it becomes impossible for them," she said.

Labour's social development spokesperson Carmel Sepuloni said the figures were a shocking indication of those who could not afford to put a roof over their heads.

She said it was a growing problem and the Government needed to solve it by lifting wages and making housing affordable. Ms Sepuloni said the minimum wage was not enough for people to live on.

The 2013 Census found the 98,000 people living in alternative forms of housing tended to have lower incomes than people in conventional housing, despite having similar rates of employment.