Christchurch's $11 million earthquake memorial will not be finished in time for the fifth anniversary next year as first hoped. 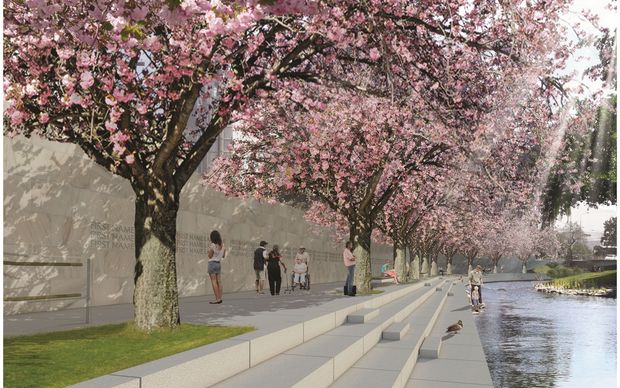 The memorial to the 185 people killed in the February 2011 quake will be located on the banks of the Avon River, between Montreal Street and Rhododendron Island.

More than 330 designs from 37 countries were shortlisted to six last year.

The final $11 million memorial design was announced by Earthquake Recovery Minister, Gerry Brownlee last month, with the intention for it to be complete in time for the fifth anniversary in February 2016.

But Christchurch Central Development Unit acting director Don Miskell said it would not be finished until February 2017.

"Until we had a design selected, it was not possible to know how long construction would take; some of the shortlisted designs would be able to be completed in the initially indicated timeline, however the one selected is a larger construction project and so will take longer to build."

"It is a complex construction project and will be constructed in stages with the gathering space on the north bank to be completed by the anniversary next year."

He said construction of the memorial would be finished before 2017 but the ceremony to bless it would fall close to the sixth anniversary so victims families travelling from overseas could attend.

"Feedback from bereaved families particularly those from overseas, requested that we do not dedicate the memorial at a different time than the anniversary, as they will want to attend both events; meaning a significant financial burden would be placed on those families to travel twice in a short span of time."

Construction of the memorial is expected to begin later in the year after further detailed construction drawings have been completed.