A Slovenian architect is behind the winning design of Christchurch's earthquake memorial. 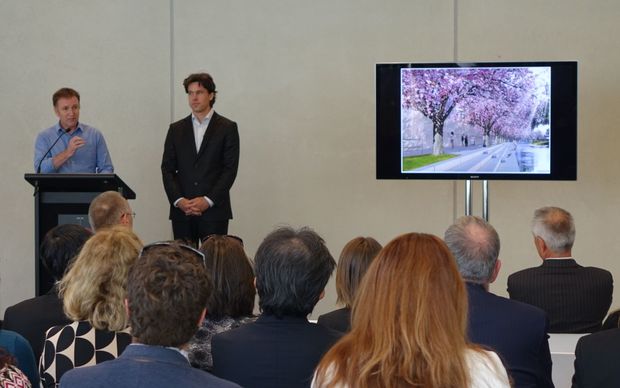 Six designs, out of more than 300 submitted, were shortlisted for the city's official memorial and the Canterbury Earthquake Recovery Minister, Gerry Brownlee, has today announced the winning one.

The shortlisted designs included special featues - from bronze chairs and quake rubble to a reflective pond and a sound wall.

But it was Slovenian architect, Grega Vezjak, who created the winning design, which features a curved marble wall, a riverside walkway and a bridge which crosses to a smaller memorial garden.

The 150-metre long wall will be inscribed with the names of the 185 people killed in the February 2011 earthquake.

Mr Vezjak said he was feeling the pressure of designing something so important for a city and its people.

"I really hope it could be helpful for the families....and for the seriously injured people.

"But also for Christchurch and Canterbury. I hope it will be a special experience or place."

Canterbury Earthquake Recovery Minister Gerry Brownlee said the memorial would form part of the Avon River Precinct, between Montreal St on the corner of Oxford Tce, and Durham St South.

He said the site was the perfect place for reflection and was well supported by the public.

"It will be a place for remembering and memory for many generations to come."

Development Director of the memorial, Rob Kerr, said the families of the victims were pleased that a design had been chosen.

He said two designs really impressed the evaluation panel, but The Memorial Wall stood out.

Mr Kerr said the next step would be talking to the familes about how the victims' names would be presented.

The memorial would also acknowledge the emergency services and other first responders, as well as those who were seriously injured.

The Fire Service assistant area commander, Steven Butler, said he was happy the memorial would individually name each victim.

The smaller, remembrance area on the river's north bank will be completed by February next year.

The $11 million memorial will be officially dedicated on the sixth anniversary of the quake in 2017.