The Auckland Housing Accord is ahead of its halfway target, but the pace that consents are being granted has dropped off. 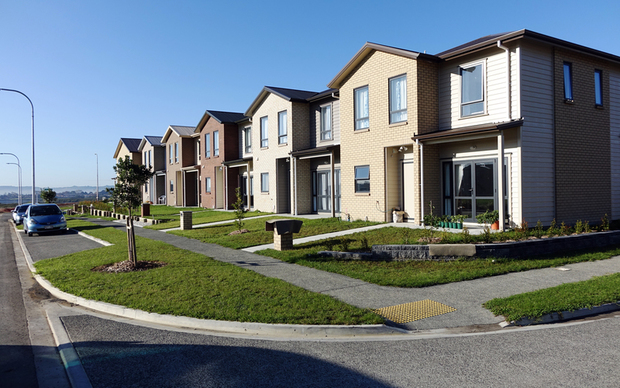 The accord was intended to contribute to the creation of 39,000 new sections or consents for homes over a three year period - more than double the rate prior to 2013.

Eighteen months into the agreement, about 16,700 homes had been consented - more than 1200 ahead of target.

That had been helped by a fast start in the first year of the accord, when 11,000 sections - 2000 more than the Year One target - were granted consent.

However, the Year Two target was in danger, with only 5700 consents granted at the half-way point.

But Housing Minister Nick Smith said the Government and Council were still committed to the targets.

"The period covered in the report includes the traditionally slower months of January and February, as demonstrated by the steep pick-up seen in the consent figures for March."

Dr Smith told Morning Report he disagreed with any suggestion the trend was slowing and that the two-year target would not be achieved.

"We're on target - about 1200 ahead at the midway point - but we're going to have keep pushing hard on every possible initative to ensure it's achieved."

The recently-announced Budget initiative to allow developers to build on vacant Crown land would help with the targets, Dr Smith said.

Chief executive of Auckland construction company Jalcon Homes, Bruce McKinnon, said there was capacity in the industry to build the additional houses.

"There are some parts of the industry that are under particular pressure, for example in the engineering area and in the technical drafting area, but in broad terms there is an ability to scale up."

Many builders and other industry workers were starting to return from Australia and also the Christchurch re-build, Mr McKinnon said.

The increase in activity was prompting a slight rise in costs, he said.