Taranaki leaders want to see a greater share of the tax take from the region returned to the province. 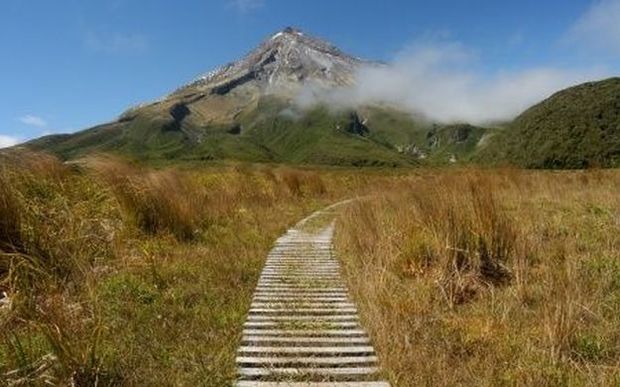 Driven by the twin engines of the 'black gold' of the oil and gas sector, and the 'white gold' of the dairy industry, Taranaki is a recognised economic powerhouse in New Zealand.

According to development agency Venture Taranaki the region's oil and gas sector contributed about $1.6 billion to GDP in 2014, the same value as the milk produced in the region that year.

In the four years to June 2014, about $1.5 billion in oil and gas royalties were paid to the Government - equivalent to the annual budget of the New Zealand Police.

And, in the last year, industry lobby group Pepanz estimated oil and gas companies have paid a further $371 million in royalties and $300 million in company tax.

With both the oil and gas sector and the dairy industry experiencing a cyclical downturn, Taranaki business and political leaders are saying ahead of tomorrow's Budget that it is time for some money to be returned from central government.

Taranaki Chamber of Commerce chief executive Richard Williams said it did not matter whether it came in the form of royalties or investment in the region but the province should be seeing more of that cash.

"When you look at the revenues drawn from Taranaki in particular ... if it is not going to be paid back in lump sums for use here then central government definitely needs to take a look and say: 'This is how much tax revenue has been raised from within the province of Taranaki. What can this logically put back into to help ensure the infrastructure and future proofing of the province for years to come?'."

The president of Taranaki Federated Farmers, Bronwyn Muir, said although farmers were going through a tough time they were not asking for a handout.

She said a downturn was the perfect time for the Government to step up its investment in research and development to help build skills and develop new products.

"We really should be encouraging R&D funding, in particular the Callaghan Innovation Fund, which most farmers don't even know about," Ms Muir said.

Mr Williams, meanwhile, would like to see more money spent on the roads.

He said that the corporate welfare offered to KiwiRail, in the form of subsidies, had lured Fonterra away from Port Taranaki and in turn killed off container shipping in Taranaki.

This had put more strain on State Highway 3, the main route north, as importers and exporters were forced to use trucks to move their goods.

This was a theme picked up by New Plymouth Mayor, Andrew Judd, who described the $40 million dished out to Taranaki as part of the Government's roading policy last year as mere crumbs.

"That's just really catch up mode, this is actually about moving forward and addressing what's been lagging behind with all the slips and the treacherous roadway that it is.

"We need more than that which is particularly highlighted by the fact that our exporters are going to struggle to get their products to market with a poor roading network that is going to add cost and time and be a drain on our district."

Both Mr Judd and Mr Williams see potential in the Government helping to promote Taranaki as a tourism destination which would help diversify the local economy and relieve congestion at tourist hot spots elsewhere.

They also saw merit in offering incentives for business to move to areas such as Taranaki, especially from Auckland.

Mr Judd said a conversation needed to be started about making it attractive for businesses to relocate from Auckland in particular.

"Provinces like Taranaki, we're waiting with open arms, we've got all the core basic infrastructure for these employers to relocate their workers," he said.

"We don't have a housing shortage, our prices are able to be achieved on an average income, heaps of green space, a council rolling out the red carpet, not the red tape.

"So look: why don't you supply incentives, if there are going to be incentives, businesses to relocate, because people will go ultimately to where jobs are. And lifestyle? We've got it all here."

Despite their wishlists, Taranaki leaders are expecting little from the budget.