Taranaki exporters say they are being hit in the pocket and some may have to relocate if a container shipping service cannot be re-established at Port Taranaki. 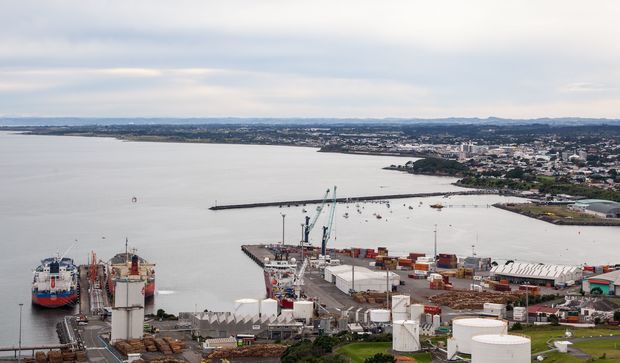 A baking products firm and a finished wood products manufacturer this week joined forces with regional development agencies to lobby for container vessels to return to the port.

The big rigs still roll into Port Taranaki, but few containers are on board. Logs and bulk goods are now the order of the day.

Since Fonterra stopped using the port in 2009 container shipping completely dried up.

Shipping giant Maersk stopped calling in 2011 and the remaining coastal service, Pacifica's Independence, weighed anchor for the final time in 2014.

At its long-term plan hearings this week, port owner Taranaki Regional Council was asked what it could do to get a service up and running again.

Blair Thomson, market manager for Taranakipine, a $50 million dollar company that employs 200 staff, told the council the business was hurting.

He said added costs of about $400,000 a year made the company less competitive across all markets.

"As an exporter and domestic supplier it makes us a less competitive manufacturer."

Mr Thomson said import-export firms were being put in an unenviable position.

"Well you just factor that into your business model and added cost of freight and say 'is there a better position for me to be in geographically?'. It's just simple. Pretty pragmatic."

Venture Taranaki calculated that exporters in the region would need to generate 150 containers a week to make a new service viable.

Taranakipine said it could contribute 30 per week.

Van Dyck Fine Foods, a maker of pre-cooked frozen pancakes, would be able to use only one or two containers a month.

The company exports 40 percent of its product, and one reason it set up in New Plymouth was access to Port Taranaki.

"Huge potential to grow in some of these markets, like Taiwan, 24 million people. It's only early days for us there.

"We have also started in the Middle East as well, over to Dubai, so there's huge potential there for us to grow our type of product."

Mr Clare said relocating was not an option for Van Dyck and the return of a coastal feeder service would be ideal.

The council, however, told submitters that it was unable to influence the port's commercial activities.

"I think we are still some distance away from that. A lot of the critical aspects around that, there's making sure that all exporters can commit to have varying timeframes about which that their contracts roll over.

"So being able to get that critical mass at one time is important."

If Fonterra were to begin to use the port again that could all change, but Mr Roper was not holding his breath. "They have signalled to me late in 2014 ... that they don't see value in shipping containers via New Plymouth at the present time."

In the meantime Taranaki exporters would have to rely on road and rail.