A study of Christchurch waterways has found most are so choked with silt that only minimal numbers of eels, trout and whitebait are able to live there. 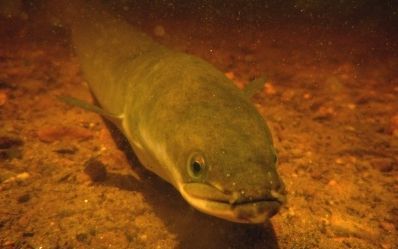 In the four most heavily silted streams a single eel and a single whitebait were the only creatures still hanging on.

The study, carried out by the University of Canterbury and the National Institute of Water and Atmospheric Research (Niwa), found the silt caused by liquefaction during the earthquakes had had a catastrophic effect on the city's waterways.

Niwa spokesperson Phil Jellyman said if nothing was done to remove the silt, which in some streams was up to 30cm deep, it could take decades for fish numbers to return to what they were before the earthquakes.

He welcomed the work the government had just completed to clear silt from the part of the Avon running through the central business district (CBD) but said this was only scratching the surface.

"It would be a little bit short sighted just to think that we've cleaned up a 5-10km reach that maybe 90 percent of the people in Christchurch see. But in terms of getting back to a situation where we were pre-earthquake, there's a lot of smaller streams that were really badly hit."

Fish and Game spokesperson Tony Hawker said the silt from the Avon had been cleared at the river's mid point, leaving the upper tributaries where trout also liked to spawn, clogged with silt.

"I'm just worried that because we're doing it in the middle of the system, which I can understand why because they had to start in the CBD to get public buy in, but I can see that those works are actually quite vulnerable and you really do need to start at the top and work your way down. Otherwise it's just going to reinfest with silt."

The city's rivers were unique in New Zealand because they were spring fed, and they were worth cleaning up, Mr Hawker said.

"The water quality is actually quite reasonable if it wasn't for the silt in it and it's also quite unique to have a fishery like that in the middle of such a big population as well that's available to the local public and kids that can only go as far as they can bike."

Alasdair Cassels, who has set up a retail and hospitality complex known as The Tannery next to the Heathcote River, said he was shocked at how bad conditions were in the river for fish.

He was keen to get people using the river again for boating and fishing and said this was the best way to ensure people started looking after it.

"Why is it only the Avon that's important through the city, why isn't the Heathcote important. The complete river system's important, not just where it happens to travel through town. I just think if that money's around it should be spent on the whole river system."