The national memorial for victims of the February 2011 Canterbury earthquake will be built on the edge of the Avon River.

The site, between Montreal Street and Rhododendron Island, was selected following feedback from bereaved family members. 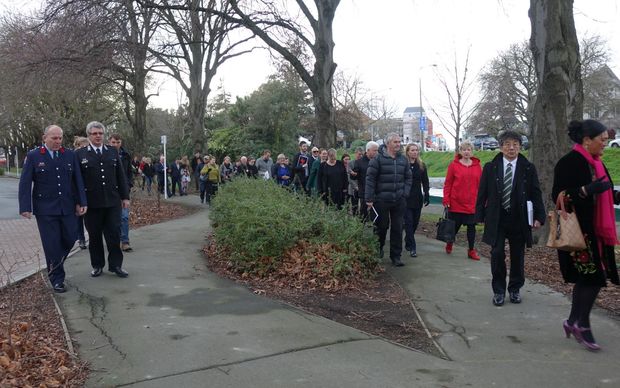 People walking to the proposed site of the national memorial for victims of the February 2011 earthquake on the edge of the Avon River. Photo: RNZ / Jemma Brackebush

Mr Brownlee said the site was chosen so the memorial can be meaningful for all those who were affected by the tragedy rather than placing any emphasis on any particular site where lives were lost.

He said the memorial will honour the lives of those who died, acknowledge the trauma of people who experienced the earthquake and recognise those who helped in the rescue and recovery operation in the hours and days following the 22 February quake.

Maan Alkaisi who lost his wife in the February 2011 earthquake said the families who lost loved ones would play a big part in what the memorial to the disaster will be like.

He said families would provide the stories and tell the architect what they imagined the memorial to be like.

Mr Alkaisi said his wife loved the diversity of the city and having a memorial in the centre meant a lot to him. 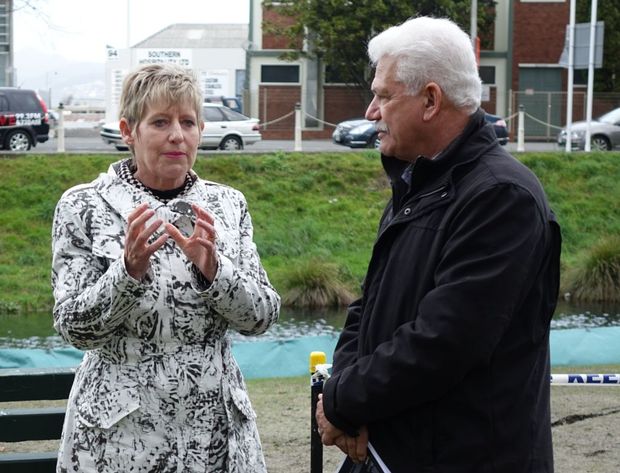 Archie Andrews lost his grandson, Jayden Andrews-Howland, in the earthquake and said the memorial process is very special for him and his family.

"Personally, it feels right to me, and I can't wait for the finished product and not only can we come here to remember him on the 22nd, the 23rd was his birthday. After the five years we can come here and, just think of his birthday and think of all the good times we had together."

The Government has set aside up to $10 million for the Memorial, along with $1 million from the Mayoral Relief Fund.