Police are giving cautious approval to a new Auckland Transport campaign that encourages road users to publicly shame those who use their smartphones while driving. 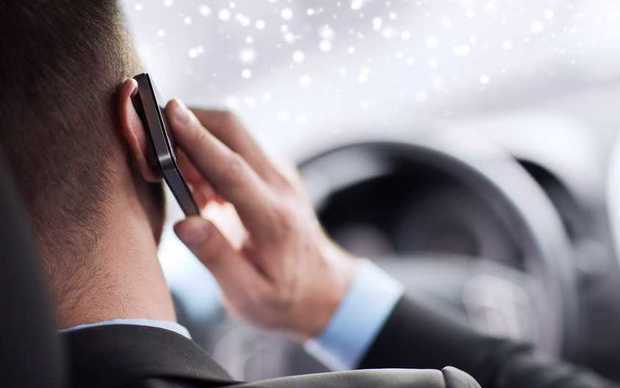 The campaign, led by council-controlled agency Auckland Transport, aims to shift the focus away from the allure of mobile phones and their apps, to solely pay attention to driving.

The 'Oi!' campaign features social media and billboard postings as well as a video clip.

Road policing manager for Auckland Police, Inspector Regan James, said police supported the campaign, as it reiterated that using a smartphone while driving was against the law.

"I think any campaign that draws drivers' and public's attention to driving and road safety is a step forward."

The campaign is also in conjunction with a renewed push by police to address high-risk distractions on the roads.

However, the AA said it feared the campaign could encourage vigilante-type behaviour seen in recent months, with drivers forcibly taking keys from tourist drivers.

AA spokesperson, Dylan Thompson, said it was crucial that the message was received positively by the public.

"You've got to tread a fine line. You certainly don't want anything like we've seen with some of the tourist driver crashes or anything like that. But if it can be kept positive and even better, if you can get bit of humour and fun in there, then it's a great to try and get people to try and spread the message to friends and family."

Mr Thompson said as nobody liked having their driving criticised, people would need to be tactful and friendly with how they dished out advice.

He said changing people's behaviour would not happen overnight, given how long it's taken for people to even wear their seatbelts.

"People know it's illegal but they just don't see the risks. The key thing is trying to get people to understand that and we've wanted to see that done a lot more because up till this point, we feel that the campaigns have just been around the fact that it's illegal and you shouldn't do it."

A "gentle nudge" is how Auckland Transport has described its campaign, saying that is what's needed - along with some humour - to highlight the dangers of using smartphones while driving.

The campaign manager, Rob Pitney, said it was aimed at getting through to passengers as well.

"We're just giving people a friendly way of suggesting to perhaps to the person driving that it's not acceptable behaviour to be using a cellphone while they're driving. And, so we're giving people a way of ... bringing attention to it without them thinking they're being got at too much, so it's being done in a very friendly tone."

A survey conducted by Auckland Transport last year, found that over 65 percent of 20- to 29 year-olds admitted to using their smartphones while driving.

"Using it for texting, for making calls, using Google maps and those sorts of things and social media. It's amazing what people will actually do on their cellphones while they're at the wheel."

The police said that phones were linked to five road deaths between 2009 and 2013, and eight serious injuries.

"Name and shaming isn't justice at all. If you want people to not use their phones, you need to enforce the law and prosecute.. and just simply have more people out there catching people and make it known... the same way speeding is dealt with."

Ms Harding said the police should be treating it as seriously as not wearing a seatbelt and should not be hesitating to pull over drivers.