Police searching for a missing Southland boy are going to try using an underwater camera to find the car he was travelling in. 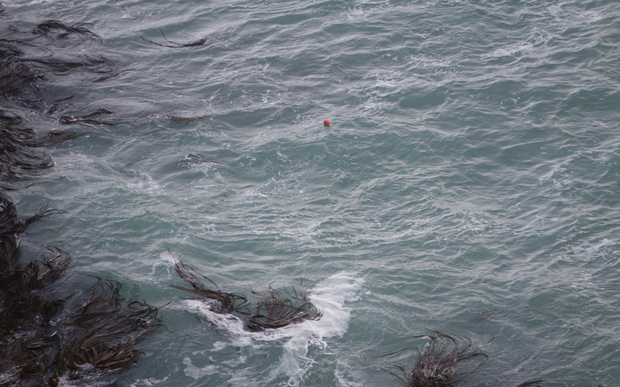 The cove near Curio Bay, with a red buoy marking the spot where an oil slick was found. Photo: RNZ / Ian Telfer

Michael Zhao-Beckenridge, 11, is believed to be with his Australian stepfather, 64-year-old John Beckenridge, who is in breach of a court parenting order. 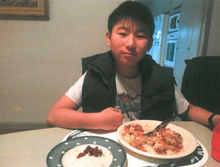 Police believe Mr Beckenridge's Volkswagen Touareg was driven off a cliff into a cove near Curio Bay but a dive team had to withdraw yesterday because of rough seas.

Inspector Kelvin Lloyd said the team would try again tomorrow with the camera, which will need to be attached to a helicopter, hoping to get visual confirmation of the car.

It is not known if Mr Beckenridge and his stepson are in it.

Police said it would probably be well into next week before they could do a water search for the car. They said pieces of the car were continuing to wash up along the coastline, so land-based searchers were continuing to patrol the area.

Mr Lloyd said yesterday the police were staying focused on the possibility the boy and his stepfather were still alive somewhere despite the car being in the water.

A border alert for the pair is still in place despite the search for their car in the Catlins.

The police have confirmed they sent a border alert to the Customs Service soon after receiving the missing person report for the boy, who was last seen on 13 March.

But the Customs Service had not confirmed the alert or any action it had taken, saying it could not comment because of privacy restrictions.

Immigration New Zealand said Mr Beckenridge was an Australian citizen, who did not require a visa to live in New Zealand.