Police in Southland looking for a missing 11-year-old boy and his stepfather now say their car is in the sea in a bay in the Catlins. 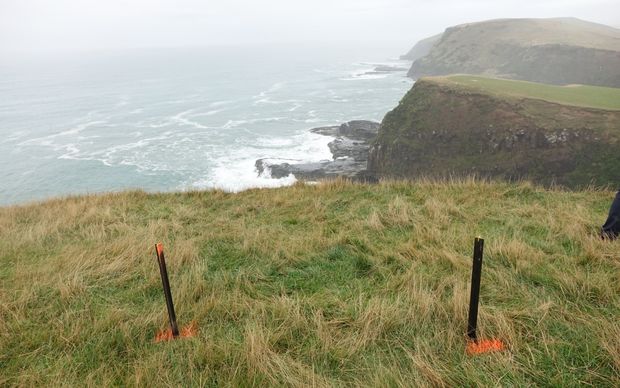 The cove near Curio Bay at the centre of the search for Michael Zhao-Beckenridge and John Beckenridge. Photo: RNZ / Ian Telfer

Search teams have found pieces of a vehicle washed up on shore near Curio Bay and say they are from a Volkswagen Touareg being used by the pair. 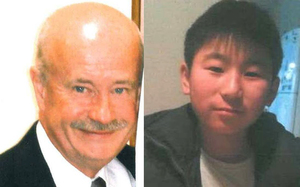 Michael Zhao-Beckenridge, 11, has been missing for 12 days and is believed to be with his stepfather John Beckenridge, 64, who is in breach of a court parenting order.

"There were some parts that had serial numbers - I'm not a mechanically-minded person - but parts that we were able to identify as coming from the vehicle," he said.

"From the stuff that we've found, we're pretty confident that the vehicle that we're looking for is in the water."

Mr Lloyd said tyre tracks found at the top of a cliff indicate the car went into the water but rough seas mean police divers will not be able to search the area for several days.

He said police were still hoping the missing pair were not in the car when it went in.

A Southland farmer said he was shocked to find tyre marks dangerously close to the cliffs on his property in the area where the police have been searching.

Local farmer Paul Watson told Checkpoint he was one of the first to notice the tyre marks which were very close to the 70 metre high cliff edge.

He said if the pair were not in the car, there was very thick bush in the area where they could be hiding.

The scene of the search was empty this morning after a dive of the area was put off again.

Two posts stand at the top of a cliff near Curio Bay and orange spray-painted markings indicate tyre tracks showing where police suspect the car went over.

A possible oil slick was spotted yesterday, but the national dive squad has not been able to get into the water because of the dangerous conditions.

A car's bumper was found in a cove near the bay, and an inside panel from a Volkswagen washed up nearby, Radio New Zealand has been told. Locals said Michael's backpack had been found on the main Porpoise Bay beach.

Police said, as time went on, they feared for the boy's safety but they were still keeping an open mind. 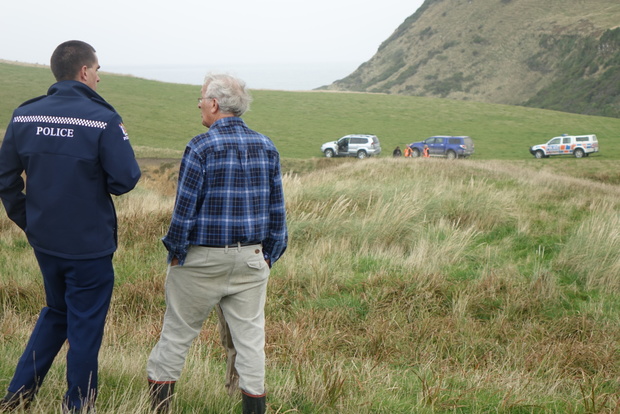 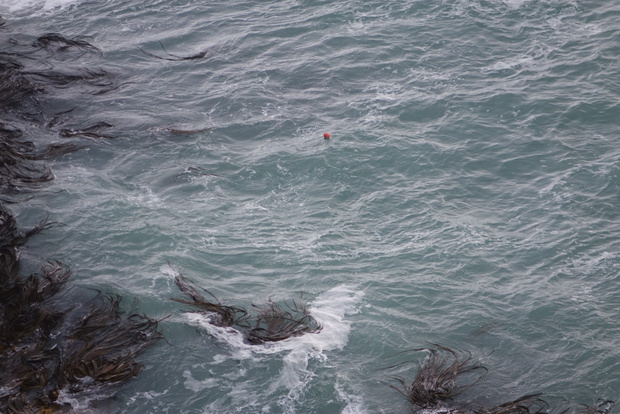