The Pukeahu National War Memorial Park in Wellington is now open to the public following a pre-dawn blessing ceremony today. 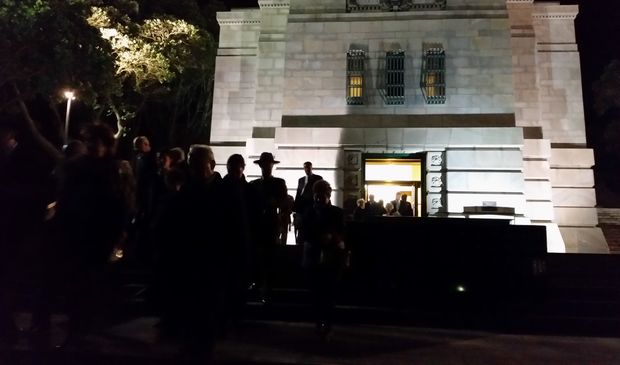 The park - the government's key project for the centenary of the First World War - commemorates more than 300,000 New Zealanders who have served for the country and the 30,000 who have died.

A procession of about 300 people walked through the park before dividing into three groups to bless different areas, including the Hall of Memories and the new Australian Memorial.

The blessing was carried out by the Wellington Tenths Trust, which owns part of the land.

It was particularly significant for the Trust's chairperson Morrie Love, whose uncle lieutenant colonel Eruera Te Whiti Love, from the 28th Maori Battalion, died at El Alamein in 1942.

"The proportion of Maori that died during the wars were very high, so there is a lot of that connection," Mr Love said.

"But also we were looking more generally, in terms of the park opening, ... so it was a privilege to do the blessing."

Ms Barry said it was important for New Zealanders to have a place to go to remember those who went to war.

"We are witnessing this morning the beginning of something that will be here forever, for us here in Wellington and for the country as a whole. Somewhere where visitors, locals can gather and think, contemplate and reflect on the sacrifice that was made," she said. 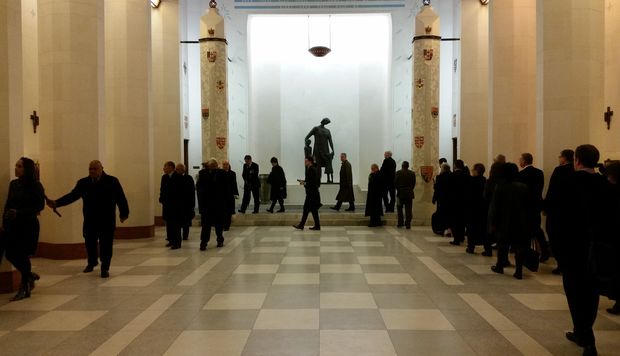 The Ministry of Arts, Culture and Heritage acquired land on Buckle Street, across from the National War Memorial in 2005, and six years later opened a public space to remember those affected by war.

The construction of the park and Arras tunnel needed for the project started in October 2012 at the cost of $120-million.

Curator of the National War Memorial Paul Riley said it was a much-needed addition.

"A few years ago we had a mobile petrol station, a vehicle testing station, tire shop and hire pool right opposite where we are standing now," Mr Riley said.

"We have a complete contrast now. This is far more appropriate opposite a national shrine."

It is a reciprocal gesture to the "basket handles" of the New Zealand Memorial in Canberra.

A sculpture of a Hinerangi figure, symbolising the daughter of the heavens, by Maori sculptor Darcy Nicholas was also unveiled.

The park will be officially opened on 18 April, a week before Anzac Day.

The Dawn Service was scheduled to take place at the park.