Farmers reliant on South Canterbury's Opuha irrigation scheme are set to take a big financial hit now that the tap has been turned off. 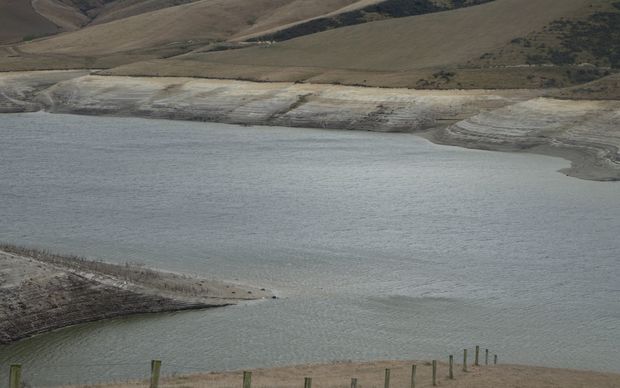 The water level in Opuha Dam has fallen drastically during the drought Photo: RNZ / Conan Young

For the first time in the project's 17-year history, Opuha Water Limited was yesterday forced to cut supply to the 250 farmers who use the scheme, due to a lack of any substantial rainfall since July last year.

No irrigation means big problems for dairy farming in South Canterbury, a region that had few dairying operations the introduction of large schemes such as Opuha. 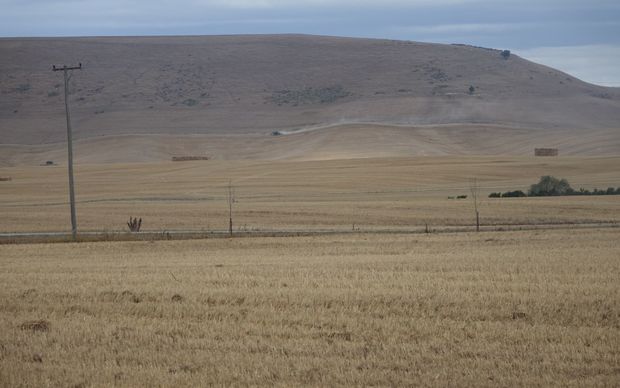 Brent Isbister, who farms 1,100 dairy cows and relies on the scheme, said he had to sell a third of his herd because there simply was not the grass to feed them.

This, along with a record low milk payout, was a 'perfect storm'.

With the region now officially in drought Brent Isbister said the need for rain was urgent.

There was a real danger winter feed crops would not receive the water they needed to sustain cattle beyond the current milking season.

"A lot of the decisions we make from here on in are about protecting next season's milk production. If we get rain in March we'll be able to protect that quite well. If we don't, this year's drought will have some serious ongoing effects into next season." 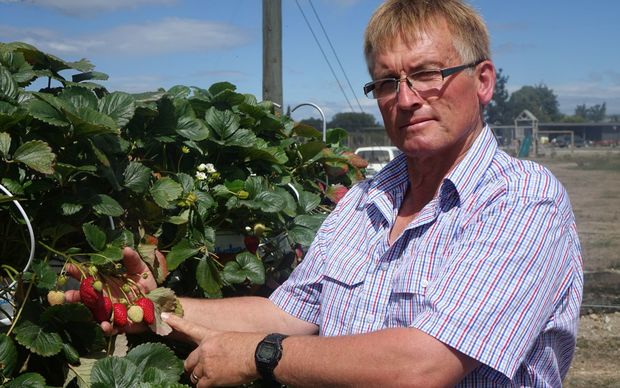 Most of Steve Malone's crop of autumn strawberries and raspberries is going to wither and die now his supply of water from the Opuha Dam has been cut off, meaning a loss of $30,000.

"We've put a lot of effort and time into getting that fruit ready so it would be coming in in March and we're not going to get the benefit of it and it's a real bugger because you can see it all there."

Steve Malone was now trying to work out what he would do if the dry spell extended into winter and he was not able to irrigate the 30,000 plants ordered for June to provide fruit for next season.

"If we don't get a lot of water to get that dam functioning again, we're going to be in exactly the same position we're in now and that would be absolutely disastrous because our peak is December, January." 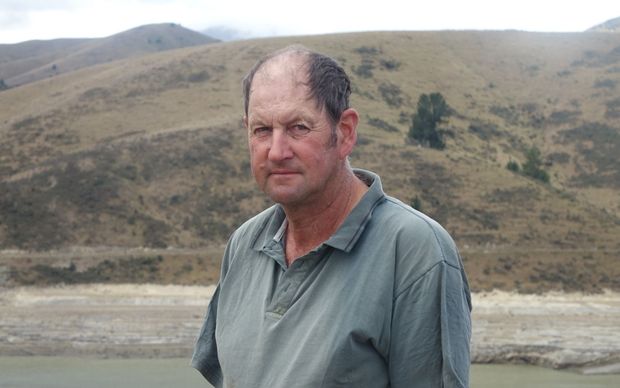 David Williams, a sheep farmer on the banks of the Opuha Dam, helps run the district's Rural Support Trust.

He said the drought declaration meant they could call on money from the government to organise community events and help farmers in need.

"When people get together they share their experiences and there's a lot of good that comes out of that and there's also a lot of things that people can pick up one from the other," said Mr Williams.

Chief executive of Opuha water Tony McCormack was hopeful the normal dose of autumn rain would eventuate and allow the irrigation tap to be turned on again.

He was confident the drastic action they have had to take this time around was a one off, and not something that was likely to become a regular occurrence.