South Canterbury's Opuha dam will turn off the tap to the farms taking irrigation water from it in less than a fortnight. 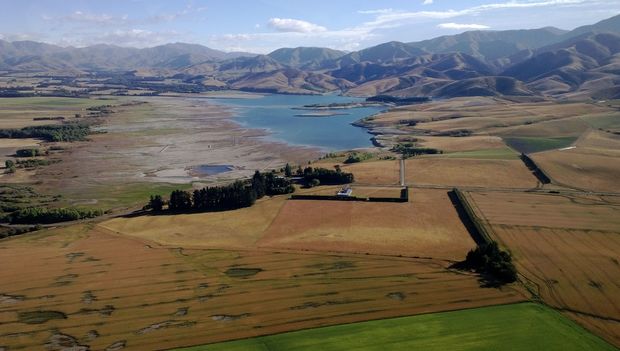 Opuha Dam which provides water to 250 South Canterbury farms will have to be turned off in a month if dry conditions continue. Photo: Supplied

Supply to most of the 250 farms is already restricted to 50 percent of their permitted take, as the water level in the dam continues its steady fall.

The Opuha water company's chief executive, Tony McCormick, said it was now down to less than 10 percent of its capacity and some farms have already stopped taking water altogether.

"Twenty five percent, 30-percent of our farmers are not irrigating, they're on total bans, because they're not directly augmented by the dam, so the tributaries that they draw off are already on restrictions. A lot of those have been on total restrictions for five or six weeks.

"But in 13 days time it's everyone. Nobody gets any more water, so the whole 250 will be without water and unfortunately the outlook is, that might be it for the season, so it's not as if we'll be back under way in another week. I think we'll be looking at six weeks at least and that could take us through the end of the season."

But one of the farmers drawing water from Opuha, Nicky Hyslop, who had also the chair of Irrigation new Zealand, said things would be lot worse for them and the river environment, if they did not have the dam.

"You know if we hadn't had the dam here, although it looks a bit ugly at the moment, we would have been dry since Christmas so, Opuha has just been a god-send to South Canterbury, over the last 15 years.

"To me, it really highlights though, the fact that we need to be looking at more alpine (water) storage, to not only assist farmers but the communities that sit around them."