Police investigating the collapse of Christchurch's CTV Building in the 2011 earthquake say they will make a decision on whether to lay criminal charges towards the end of this year. 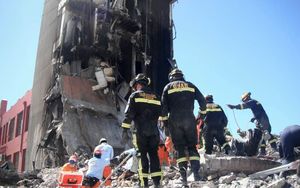 Search and Rescue teams at the site of the CTV building in February 2011. Photo: AFP / HO / USAR

Flaws in the building, which was designed by structural engineer David Harding from Alan Reay Consultants, were identified by a royal commission as a contributing factor to its failure.

Police said an engineers' expert opinion on the case had almost been completed.

They said, once the investigation was finished, it would be subject to a legal review and only at this stage would a decision be made on whether to lay criminal charges.