A 700 hectare lake in South Canterbury could be dry by the end of next month if the area does not get significant rain. 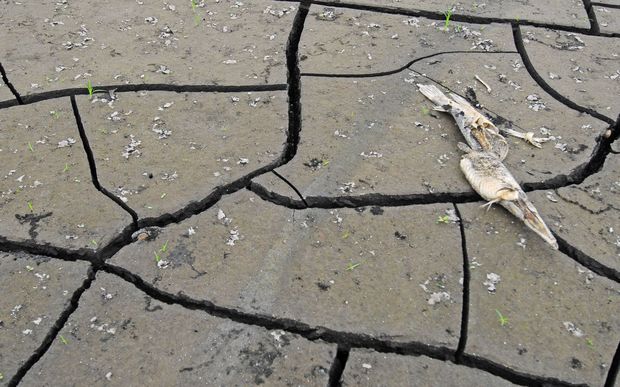 Farmers who use Lake Opuha in South Canterbury for irrigation are worried it may dry up by the end of next month. Photo: 123RF

The man-made Lake Opuha near Fairlie, which is 50 metres at its deepest point, has dropped to 23 percent of its capacity.

The dam was built in the late 1990s to prevent the Opihi River from drying out each year and to irrigate 16000 hectares. It is fed by rain but has not had a decent recharge since July.

Opuha Water's chief executive, Tony McCormick, said the river is already running at its minimum flow and the amount of water taken for irrigation has been halved.

Half of the farms it provides irrigation water for are dairy farms, and Mr McCormick says those farmers are particularly worried.

Mr McCormick says the lake will be empty by late February if there is not significant rain.

"That is the worst case, there's no doubt about that, because we go from eking it out mode to nothing ... stop.

"It's surprising how far you can get by with just a little bit of water, but once it goes to stop, you've really got to shift to another mode. it is very serious."

A major report from the United States says 2014 was the hottest year in recorded history.

He said it's better for productivity and the environment if valuable resources are managed efficiently and effectively.

Dr Rolleston said such investment in agriculture is an ongoing process and the Government needs to play a part.