A massive slip near Queenstown a year ago has forced the closure of one of the area's popular hikes. 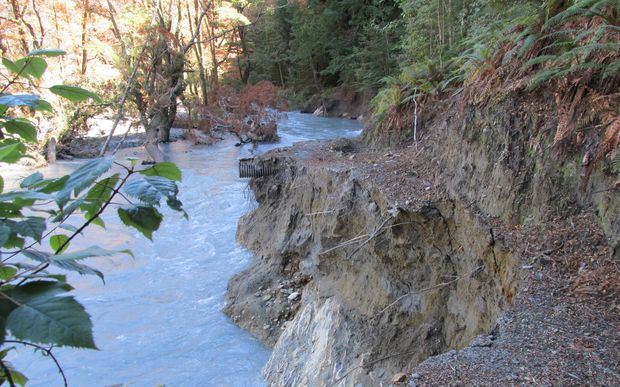 The Department of Conservation says there is no way around the washed-out track. Photo: John Roberts / DOC

A new lake was created near the resort as a result of the slip.

The Department of Conservation (DOC) said rock debris that fell during the slip has made its way down the Dart River over the past year.

The river has risen to the point where 100m of the Rees-Dart loop track have been washed out, about two hours in from the Dart Valley entrance.

DoC said there was no way around the washout, with the raging river on one side and steep bluffs on the other.

It was investigating re-routing the track but said this would take time.

People who were planning to walk the Rees-Dart track this summer were advised to make other plans.

No one has been at risk from the washout, although some people may have had to retrace their steps for two or three days to the Rees Valley entrance to the track.