National's new deputy leader Nicola Willis says she brings a centrist, moderate perspective of a parent of four, along with a familiarity with Parliament that balances out the new leader. 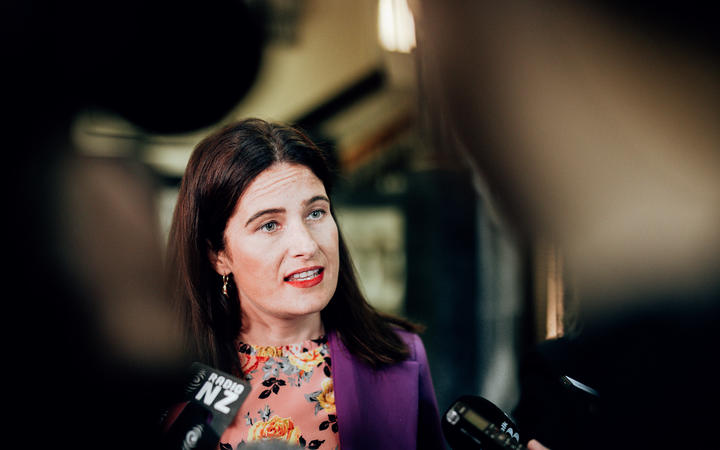 Willis was selected as National's deputy leader yesterday in a caucus meeting where the big question of who the new leader would be had already been answered.

Former leader Simon Bridges had pulled his candidacy just over an hour beforehand and thrown his support behind newcomer and frontrunner Chris Luxon, paving the way for an uncontested caucus vote.

Willis, age 40, entered Parliament in 2018 as a Wellington-based List MP with a history of management at Fonterra and various small businesses.

She introduced herself yesterday as a mother of four, and "someone with a hard head, but a soft heart".

She told Morning Report today she would bring perspective and balance to the leadership team alongside Luxon, a conservative with Christian values and barely a year in Parliament.

"I describe myself as a moderate, as a centrist. My voting record is clear - I have been pro-choice both on euthanasia and on abortion. My views are ... different from Chris Luxon's on some of those issues but I respect his views, he respects mine," she said.

"I also bring a perspective as a parent of four primary school-aged children juggling work and life, as so many Kiwis are, that I think really brings perspective and balance to our team."

Luxon's political inexperience has been one of the biggest concerns raised about the new leader. Willis repeated to RNZ's First Up host Nathan Rarere the line trotted out by Luxon that his inexperience in Parliament could be an asset.

"I think it's a strength that he's not a Parliamentary insider, I think New Zealanders have seen a lot of that, what he brings is real-world experience and I think Parliament will be all the better for a leader of the opposition that has that in spades."

Willis was confident she could provide the political guidance to support him. She helped campaign for John Key's successful National Party in 2008, is a second-term MP.

She is from Wellington, and grew up with politics - her mother was a member of the press gallery.

"It really is a sweet thing, when I walk in the back entrance of Parliament I walk past a photo of my mother in the press gallery line-up and in that photo she's actually pregnant with me ... when I walk past it, it really strengthens my resolve for the day because I think about the sacrifices she made as a mum.

"She sacrificed her work as a journalist at Parliament in order to raise me and my sister and brother - and she was an incredible mother, I've got wonderful parents - and it makes me proud to be doing something I know she sees as making a big contribution to the country.

"That's how I feel about my work. I don't see Parliament as a place that's all about the house of cards type stuff, I see it as a place where we have the tools and levers to really make a difference to peoples' lives and to really make New Zealand better." 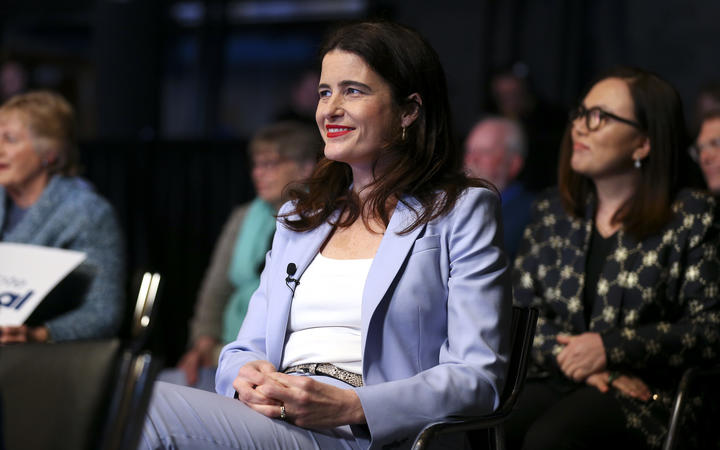 Indeed, politically she offers a balance to Luxon's conservatism too. She went back to the "broad church" philosophy of the National Party, the bringing together different factions and views to benefit the country.

"Some people call that the conservative and the liberal, the moderate; the town and the country; the South Island and the North Island. That's who we want to be and I think that's positive that's represented in our leadership team.

Factionalism has been the very problem the National Party has suffered from since the resignation of Bill English however.

Willis said she believed other members of the caucus had moved on from any grudges against her, including from her support of Todd Muller in rolling Bridges as leader.

"It has moved on, I don't sense that [enmity] from my colleagues. You know, the differences between us are so small compared to the things that join us and we are all really frustrated by this government who we see as underperforming."

It has been clear from the past couple of days that unity is the main thing the party wants to project in the wake of Judith Collins' self-immolation, but a close second is a renewed focus on the big issues - and the government's record on them.

"Chris and I are united in our view that the big issues facing New Zealand right now are how we get this economy delivering more for people, how we come through this pandemic with a strong health system, how we improve our education system and, yes, how we confront climate change," Willis told Rarere.

She highlighted the MIQ system as the new leadership team's top priority, something Luxon himself has also emphasised, followed by lifting productivity and improving the economy.

More specific pieces of legislation have already been progressing through Parliament however, and the question is being raised about whether the change in leadership could mean a change in National's approach to those.

National controversially was the only party that did not support the law banning conversion therapy at its first reading - a stage when parties usually signal their interest in at least seeing the topic debated. It was a move that went against the party's own youth wing.

Willis today said the party was concerned about the way the bill was drafted.

"We absolutely want to ban conversion therapy but the detail of how that is done is important. So we wanted to send that message to the government. That bill is now before select committee, some of those details are being looked through, that will be returned to our caucus and we'll have another look."

While all agree more housing is needed in New Zealand, the bill has since been criticised for a potential to promote the development of poor housing, or a reduction in sunlight.

Willis again said referred to the select committee process but signalled the party would continue to support the bill.

"There's two areas that we are highlighting we want to see some change. They are around the design standards for the homes that are permitted, particularly in relation to height versus boundary, and we want to see some more discretion for local councils."

Keeping that work-life balance however, Willis is also looking forward to her first time hosting Christmas.

"It's gonna be huge ... I think we might do butterflied leg of lamb on the barbie, what do you reckon? I reckon it could be good and then we'll have to have some traditional stuff as well - some meringues and some plum pudding and all that - it's gonna be great."

As deputy opposition leader, Willis is expected to speak to First Up every week.