The caucus was catapulted into chaos last week after then-leader Judith Collins tried to demote Simon Bridges - and National MPs then voted Collins out.

Luxon says it is an "incredible privilege and honour to be elected leader of the National Party".

It was an uncontested leadership decision, he says.

"John Key has not been asked to get involved in this or talk to any MPs and he didn't."

He says he and Nicola Willis, who has been elected his deputy, will "be a formidable team".

He also thanked Willis for joining him in the leadership team, his wife and children for their support, and to his caucus colleagues.

He says he has known Nicola Willis for a long time and they are good friends and their skills are complementary.

Luxon thanked Judith Collins for her service during "a very difficult period" for the party, and said today they are putting the events of the past four years behind them.

"I don't want to really talk about what's happened in our past, what I can tell you is the bottom line is we have an uncontested leadership selection and we've come together as a team.

"New Zealand is over it, the National Party members are over it, and the caucus is over it. So we want to turn the page and go forward together.

"We are going to do things differently from here on through. It's very clear from today and you've watched this contest be different from previous contests, that actually we're turning the page, we're putting the baggage aside, we're trusting each other, we're doing that work..."

There is a role for everyone in his caucus and there are very important roles for former leaders like Collins and Simon Bridges, he says.

No positions have been set as yet. Luxon says he has yet to talk to leaders from other parties.

Having a team backing them up with complimentary skills is important, he says.

"We want to build a team based on talent and merit and performance and that's what we're going to do going forward."

Conversations in the past few days have been about strategic issues around where the party goes and unifying, he says.

Luxon says his faith has often been misrepresented and portrayed very negatively.

He says he is here to represent all New Zealanders.

His background is about leading large complex organisations and solving problems, getting results and doing that through people. "That's what this job is about."

"You can't plan anything in politics I learnt."

He loves country music, water skiing and is an extrovert who knows how to lead people, he says.

Willis says she is a mother to four, has a "hard head but a soft heart".

Looking ahead and on the current government 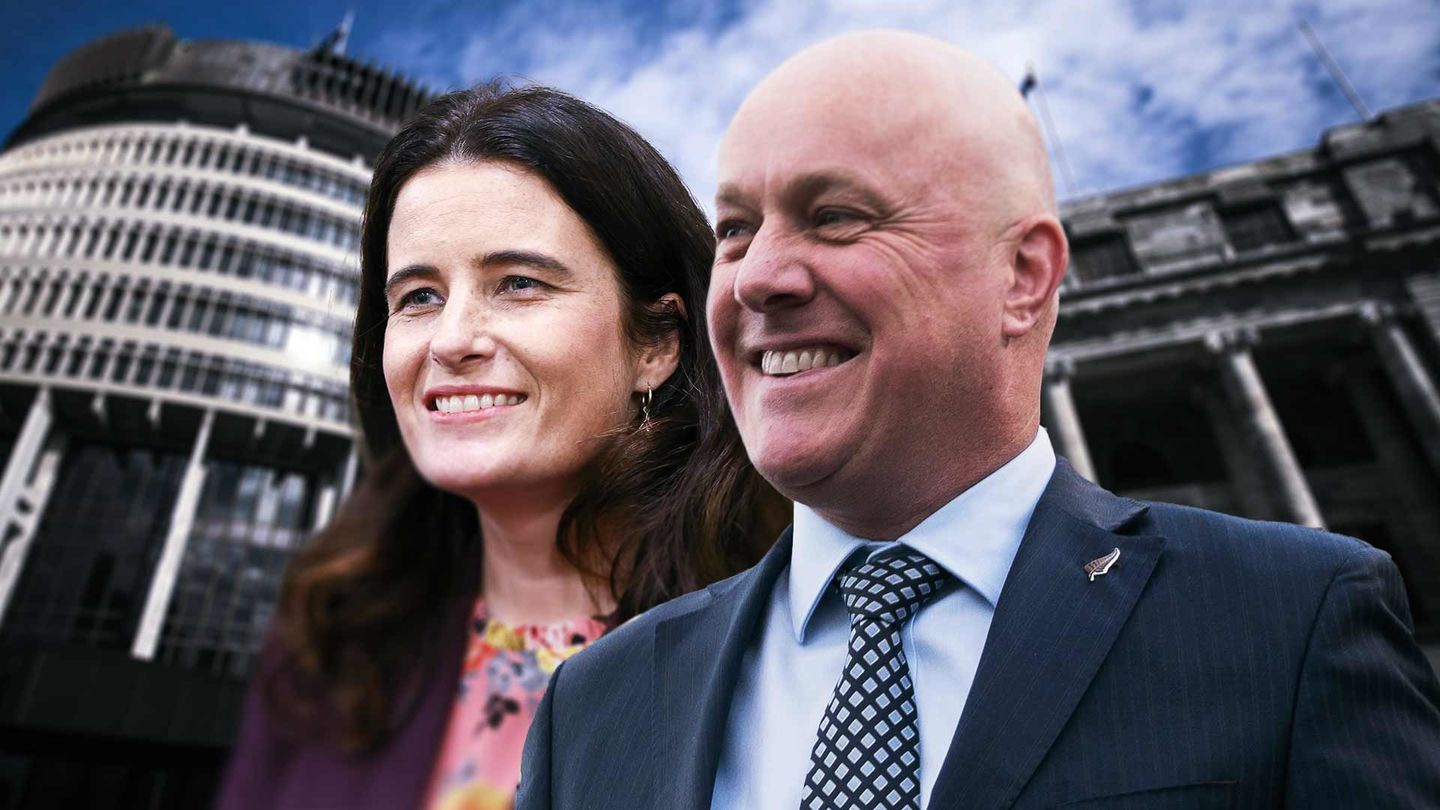 He says to the 400,000 odd voters who moved away from the party that "National is back".

New Zealand is at a critical crossroads as it grapples with the pandemic, he says.

"New Zealand needs an alternative now more than ever to take us in the right direction because frankly, the country is heading the wrong way."

"I think Jacinda Ardern is a fine communicator but the reality is we need much more than that at this point in time. We need a leader and we need a government that's actually going to get things done."

There is a big difference between words and presenting a vision, getting it done, he says.

He feels very confident in his caucus against Labour person-by-person.

He commented on how because of the government's policies there will be a million Kiwis missing a Christmas dinner this year because they cannot get home, and that farmers are not villains.

"Over 100 days in lockdown, Aucklanders are still utterly confused and directionless.

"Nice ideas and good intentions don't pay the rent or the mortgage, educate our children, keep us healthy, keep us safe from crime and gangs, improve our mental health, lower our emissions or keep us united."

He says growing our economy and raising productivity are the single biggest thing we can do to improve the lives of New Zealanders.

"And the National Government I will lead will be a government of action.

"We will bring the tide back in and lift all boats.

"We need to seize the tremendous opportunities we have, rather than squander them.

Luxon says restructuring healthcare while we are dealing with a pandemic isn't the smartest thing.

"In this country where we have issues around inequality and inequity, we need to really identify and target the people that need real targeted interventions and able to put them on a pathway where they can be independent and not dependent on the state."

They want to make sure they build more houses in a sustainable way, he says.

Luxon says the biggest problem in New Zealand is that there isn't a productive enough economy.

Kiwis are not generating high enough income, he says, investing in education is part of building this.

"We want to see a more productive economy that drives higher incomes and wages, we need to seriously address our education challenges, I don't think the average New Zealanders understands how poorly we have have been performing in education.

They are committed to the targets made around emissions targets.

"We believe in an inclusive country and we're going to take it from there."

Just before a caucus meeting this afternoon where the party was set to vote on the leader, his main rival and former party leader Simon Bridges tweeted his support for Luxon.

Covid-19 Response spokesperson Chris Bishop, who had been raised as a possibility in initial speculation about the leadership, also backed Luxon.

Just half an hour into the 3pm caucus meeting, the National Party revealed through a statement that Luxon had become the new leader and Willis the deputy.